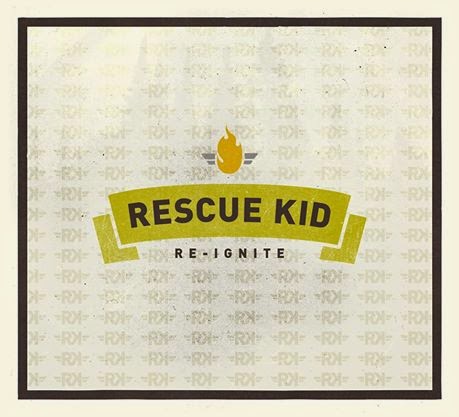 From punchy riffs and saccharine laced leads to sugary, syrup drenched hooks, Florida’s new favorite sons Rescue Kid has it all, and have tightly packed all of that, and more, into Re-Ignite, a reissue of their debut EP Ignite. Some of that afore mentioned ‘more’ is former Hey Monday guitarist Mike Gentile, who is now in perhaps the best band he’s ever played in. Re-Ignite is the best album Every Avenue never recorded, an album loaded to the hilt with driving melodies, swirling guitars and cutting vocals that beg to be sung along to (“Illuminate Ignite,” “Pieces (My Everything)”), though the band is overly capable of breaking into a poignant ballad when the mood strikes (“Fade Away,” “The Distance”). Lead single “Make You Mine” is a bona fide hit, and chances are this is the new soundtrack to your summer, but, hell, that sentiment could be used to describe Re-Ignite on the whole. There’s a few acoustic offerings here as well, the most notable of which is, ironically enough, “Make You Mine,” although this lights out version features a bit of help from The Ready Set’s Jordan Witzigreuter. Pop-punkers unite because Re-Ignite is a serious contender for your new favorite record.