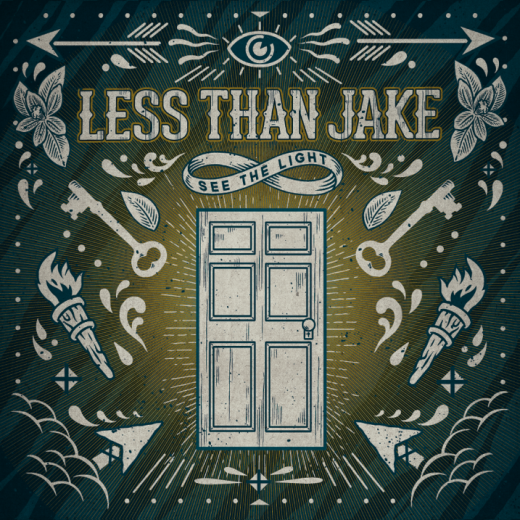 20 years and nine albums into their career and Less Than Jake are still showing why they are the measuring stick when it comes to ska music. The latest proof is See the Light, the bands first full length release in five years, an album that’s sure to remind you of all the things that made you fall in love with Less Than Jake in the first place. See The Light is pretty much everything you want from a LTJ record – rambunctious guitars, fun as hell sing-a-long vocals and a heaping portion of ultra slick horns. There’s enough here for every type of fan – whether you prefer true blue danceable ska (“My Money Is On the Long Shot”), or rebel rousing, earnest punk that would make even the hardest Warped Tour goer smirk (“The Troubles”). Much of See The Light lands somewhere in the middle, melding equal parts ska and punk, something this band is more than capable of (“John The Baptist Jones,” “A Short History Lesson,” “Weekends All Year Long”). And as if that wasn’t enough, the band tosses a monkey wrench of sorts into the works and infuses a bit of upbeat pop into the proceedings (“The Loudest Songs,” “American Idle,” “Sunstroke”) just for the hell of it, and just because they can. Listen, if you’re checking out See the Light you should know damn well what you’re getting into, but honestly, where’s the harm in that? Though Less Than Jake doesn’t often stray too far from the norm, it shouldn’t really matter, because the end product is usually so fun that nothing else really matters.