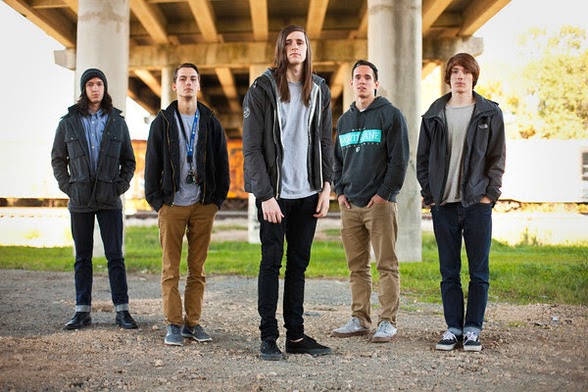 "Extremely excited to be working with Tragic Hero," says vocalist Ben English. "So much love to those guys for everything they've done thus far, and we're very keen for the future. Still seems crazy that we're on a label that still has some of my favorite bands I listened to all the time growing up."

Invent, Animate are a highly energetic band that puts an unsullied look on the metalcore market. Their work is multi-dimensional and shows their ability to be very dynamic. Never fearful to be chaotic and crazy one minute, but then decelerate and bring a softer, more beautiful aspect the next. “We’re not afraid to slow it down, experiment with different vocal styles, and maybe even sing in a few parts,” says vocalist Ben English. In addition to performing at the South By So What?! festival, the group has shared the stages with Oh, Sleeper, Of Mice & Men, and Architects.

Invent, Animate recently signed with Tragic Hero Records and have plans to release their debut full-length in 2014. “It's still so surreal to me,” says English. “Growing up, some of my favorite bands were a part of Tragic Hero, and I'm super excited to be a part of the family. The record that we've been pouring ourselves into for months is really going to be unlike anything we've done before. We're branching out and doing things that we've never done, and the outcome is really sounding incredible and we're super excited for everyone to hear it.”

For fans of: Architects, ERRA, Northlane, and Reflections.