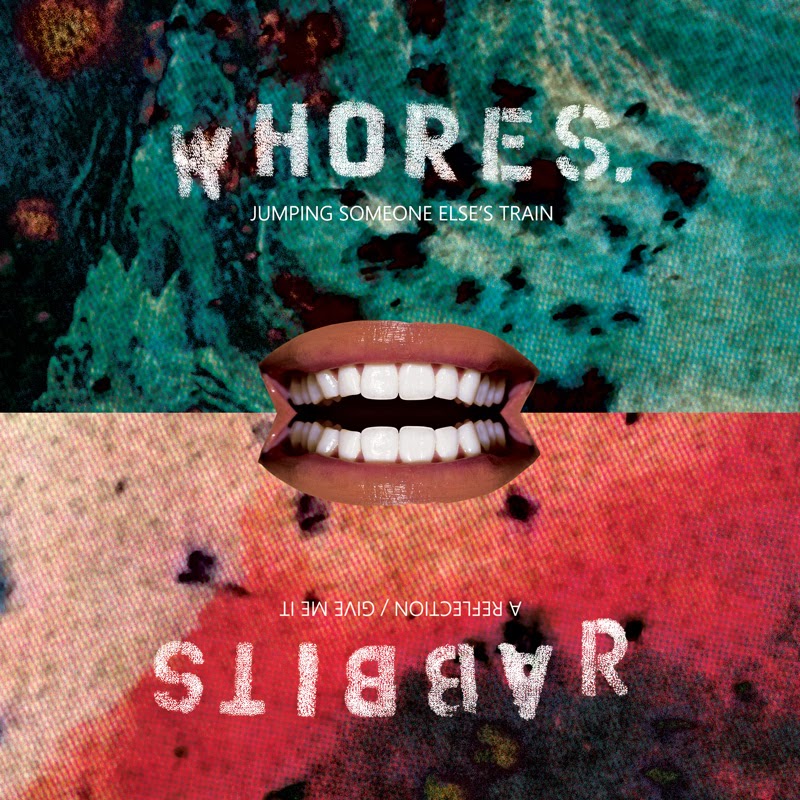 If you’ve ever questioned the reach of The Cure’s everlasting influence, then look no further than Atlanta, GA noise polluters Whores and Portland, Oregon snarlers Rabbits. Whores and fellow Cure junkies Rabbits don’t merely take the easy way out and delve into The Cure’s commercial successes, like say, anything you’ll find on a greatest hits album like Galore or the coyly titled Greatest Hits. Instead they dig their heels in and revisit some of the perhaps more well-known deeper cuts from the Cure’s canon, including Whores dropping a flat out discordant noise bomb, complete with a sheer smattering of heavily disjointed guitars, dense layers of fuzz and intense hazy screams, all over “Jumping Someone Else’s Train,” taken off the seminal Three Imaginary Boys album, and Rabbits offering up a pair of rather intriguing choices; the instrumental “A Reflection,” off of Seventeen Seconds, and “Give Me It,” taken from 1984’s The Top. Rabbits employ quite the amount of piss and vinegar during their snarling take on the latter, while the former sounds akin to something you’d find on a horror movie score. Seeing as how Robert Smith and the boys have announced they plan on releasing a new studio album sometime this year, grab yourself a copy of this fabulous split 7” and start your preparations now. Let’s just hope we see a full length of this shit in the future.