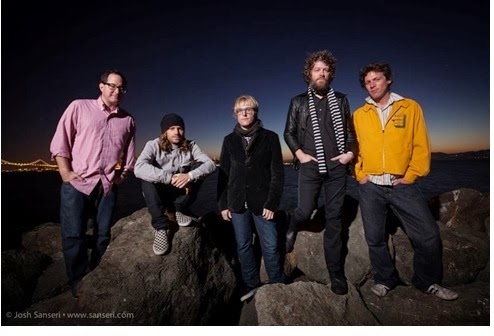 The Hold Steady has signed to Washington Square, a new label imprint formed by Razor & Tie. The band has signed a worldwide multi-album deal that will see the release of a new studio album Teeth Dreams on March 25th 2014. The album is produced by Nick Raskulinecz (Foo Fighters, Alice in Chains, Rush, Evanescence). The Hold Steady will also kick off a string of tour dates in January 2014 that will include two 10th Anniversary shows (tour dates below).

The New York City based band The Hold Steady is the first signing to the newly created label Washington Square that will include future signings in the indie and alt-rock genres. The Washington Square roster will also include the UK rock band Deaf Havana and the New York based indie rockers Born Cages.

Washington Square/Razor & Tie Co-Owner Cliff Chenfeld adds, “We are huge fans of The Hold Steady and could not be more excited that they will help us launch the new label. Washington Square will be a home for groundbreaking artists both established and new, who will make music that is vital and inspiring.”

“We’re excited for this new chapter,” says Hold Steady’s Craig Finn. “We’re really proud of our new record." Adds the band’s Tad Kubler, “This is an exciting time for us. Making the new record has been a journey for the band, and the results exceeded even our own expectations. Can't wait for people to hear it."

Formed in 2004 and originally from Minneapolis, MN, The Hold Steady are a critically acclaimed rock band with a vibrant mixture of punk ethos and classic rock pedigree punctuated by lyrically dense storytelling and guitar riffs. The band’s narrative based songs have made them fans around the world.