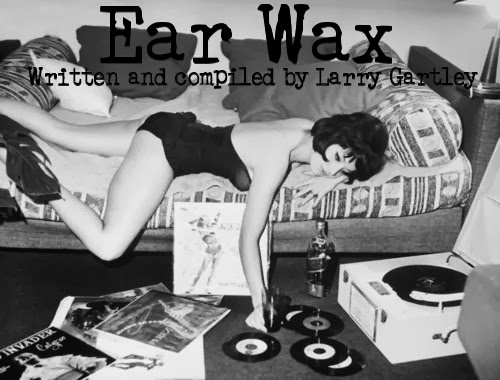 Hi! My name is Larry Gartley. I have played bass for local Buffalo band Cosmic Shakedown for the past 3 years but I am also a vinyl enthusiast. I am really excited to join the Get eXposed team and bring to you this new segment I am cleverly naming “EarWax”. Mostly this will be an intimate glimpse into my ever growing collection of vinyl records, as well as previews and reviews of new records coming out this year, maybe a few trips down memory lane with some classics, and who knows where else this will take us!

Recently Alternative Press released a list of top ten classic records essential to any vinyl collection. So in the spirit of that I thought for my first segment I would share my Top 10 Punk Rock Records from my collection. 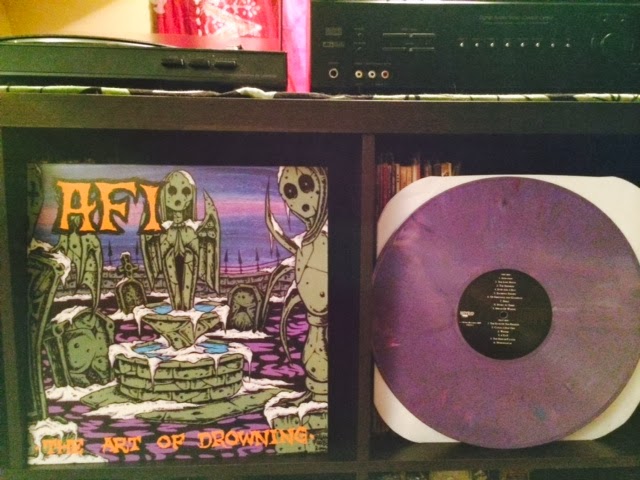 10. A.F.I – The Art of Drowning (2000 Nitro Records)
I honestly cannot listen to this record without flashing back to Warped Tour at Lasalle Park, when it was way better and jumping up in the crowd watching frontman Davey Havok and the guys kill their set. I came across this record a few years ago while browsing punk records online and saw this purple pressing and I was sold. I highly recommend grabbing this if you're a fan. 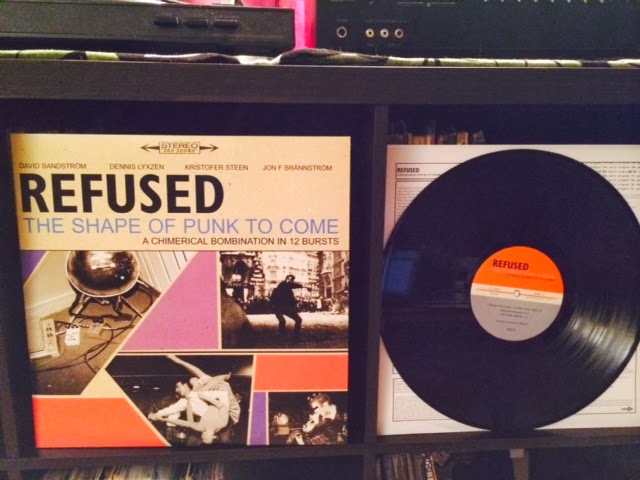 9. Refused – The Shape of Punk to Come (1998, RE 2010 Epitaph Records)
“I got a bone to pick with capitalism and a few to break.” I love the way this album starts off. The needle drops and you instantly get punched in the face. This album is what punk rock is all about - pure, honest in-your-face music with lyrics that actually meant something. “Is it our privilege to slave for market and industry? Is it our right to follow laws set to scare and oppress?” This album is timeless in its own right and a must have. 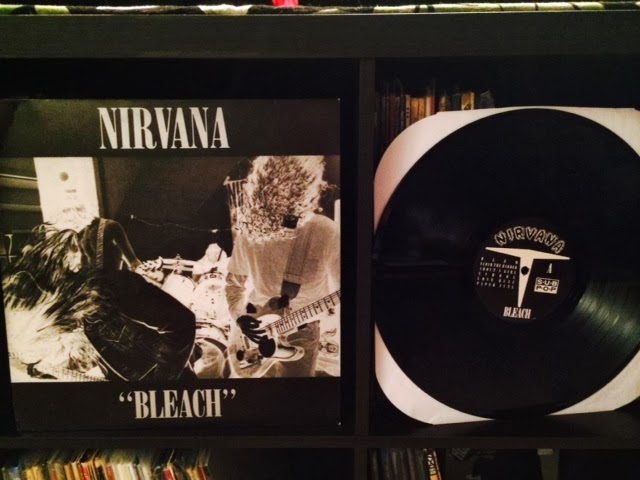 8. Nirvana – Bleach (1998 Sub-Pop Records)
There is so much I can say about this record. Anyone who knows me from growing up knows that my first band was called Bleach, and yes you guessed it, we were heavily influenced by Nirvana. This record is just so good because it's just raw and dirty and has that $600 recording feel to it. A true punk record at heart with that newly growing Seattle “grunge” thing they had going on. My record collection features a few Nirvana records but one day I will have them all. 7. Dead Kennedy's – Fresh Fruit for Rotting Vegetables (1978,1980 Manifesto Records)
I still remember when I heard “Kill the Poor” and “Holiday in Cambodia” for the first time. Jello Biafra was an interesting man if not for his name alone; his unique voice and politically driven lyrics are what really made DK stand out to me. That and I used to love drawing their DK logo all over the place. (I have my 9th grade yearbook to prove it…ahem Kurt Wojda) This is one of those bands I wish I could have seen live. Alas I will just buy all their records instead. 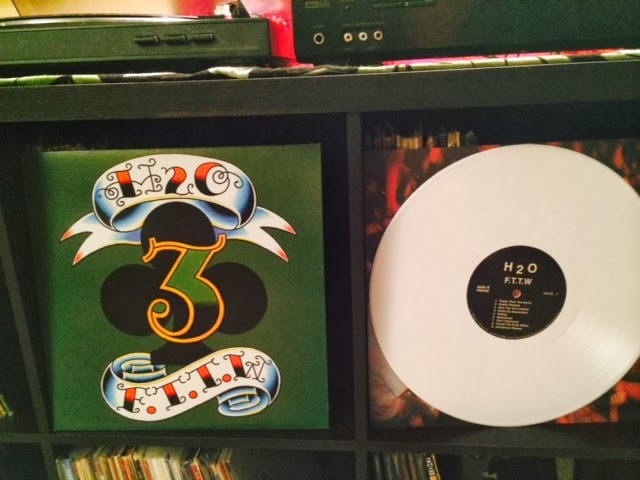 6. H2O – F.T.T.W (Faster Than The World) (1999 Epitaph Records)
Here is another one of those bands from the original Warped Tour days. NYC hardcore punk rock band H2O was certainly one of my favorite bands back in the day. This record defines parts of my youth and with so many great guest appearances from people like Tim Armstrong from Rancid and Dicky Barrett from the Mighty Mighty Bosstones, among others. This is just a great record from the first drop of the needle to the end. Not to mention there is a sick cover of 7 Seconds - “Not Just Boys Fun” at the end, showing the ladies some love. 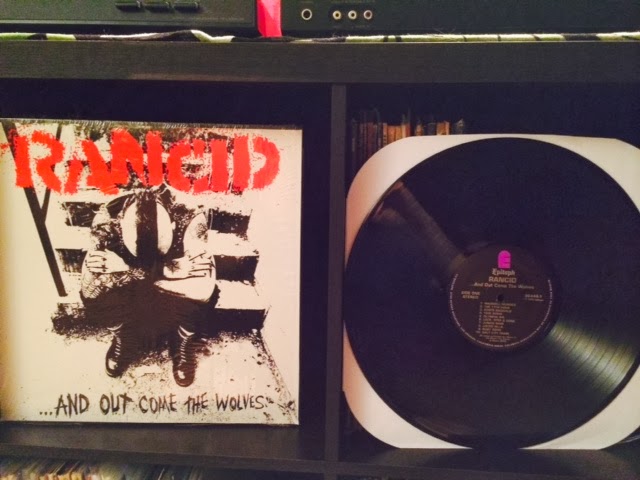 5. Rancid – ...And Out Come The Wolves (1995 – Epitaph Records)
I can't talk about Rancid without imagining that Punk-O-Rama Vol. 2 CD from Warped Tour. Man that had some great songs on there. But anyway, this record right here; this one pulls at my hearts strings. This is one of those records that start to finish is filled with classics. For those of you who were there to witness, we used to do a pretty good “Ruby Soho” and “Roots Radicals” cover back in the Skamikazee days. I love this record and it instantly puts me in a good mood when it's spinning. 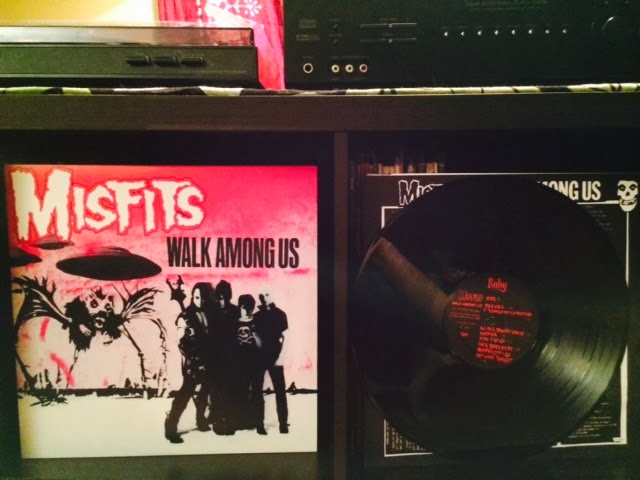 4. The Misfits – Walk Among Us (1982 – Slash Records/Plan 9)
I don't think any list can be complete without with Misfits. Walk Among Us is my selection for the list and at number four you could probably guess these guys were a major influence of mine. Though it was in their post-Danzig days, I was fortunate enough to see them a couple of times at Showplace Theater before it closed. We also got to meet Jerry Only and Doyle when we were 15, and they gave us ham sandwiches. It was awesome. There are so many great tunes on this record; some favorites of mine are “I Turned Into A Martian,” ”Skulls” and “Astro Zombies.” Any punk record collection would do well with this one included. 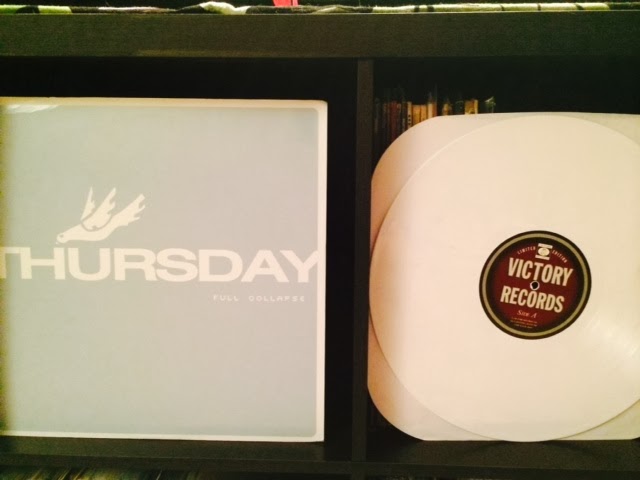 3. Thursday – Full Collapse (2001 Victory Records – Limited Edition Pressing no. 0831/2000)
These next two picks really mean a lot to me on a personal level. Mostly because more than any other record I own, these next two picks remind me most of my dear best friend, Jason Hontz, who was tragically lost in 2005. I can so plainly remember car rides and conversations about this record and specifically the song “Paris In Flames.”  Finding this limited edition pressing last year was my winter solstice gift from the universe! It really seems like yesterday I was sitting in my dorm room at Buff State in 2003 and discovering these guys with my roommate. Anyone else go to the ten year reunion show at Town Ballroom in 2011? 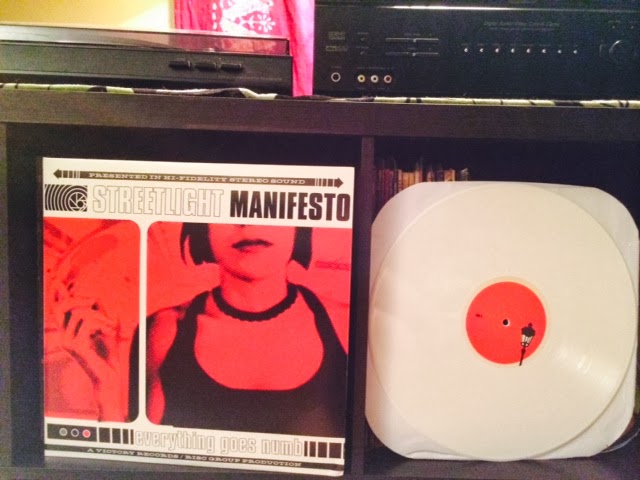 2.Streetlight Manifesto – Everything Goes Numb (2003 – Victory Records Original Pressing)
I'll admit; this is probably the third time this has been out. This is a limited edition original pressing and this is one is only for looking. I also have the reissued pressing from Victory they recently released and that one is for listening. I can't drive up or down the 190 without thinking about this record and the countless car rides in my black Cavalier driving to and from work and college. I still have the CD I bought in 2003 and it’s well worn. The first time I spun this record on vinyl it almost felt like I was hearing it again for the first time. 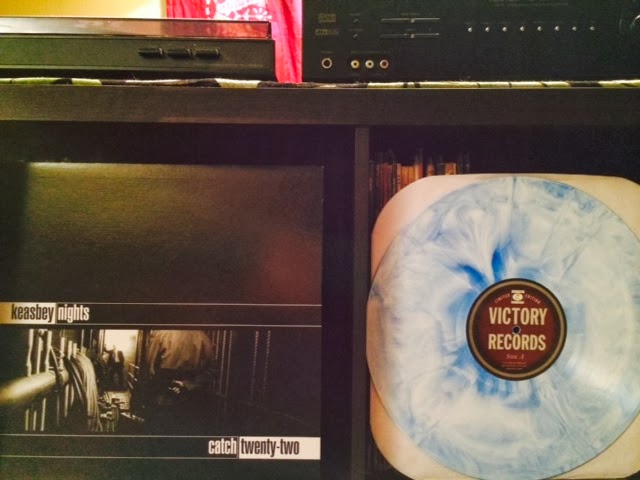 1.Catch 22 – Keasbey Nights (1998 – Victory Records Limited Edition Blue Smoke Pressing)
Well, truth be told...I have three different pressings of this record. Two original pressings, including this limited edition blue smoke pressing and another clear coke bottle pressing. I also picked up the reissue from Victory that they released last year. When this record came out I had been playing bass for almost 6 years but never did I want to play ska more than after Keasbey Nights. It's no coincidence that top two are not only punk-ska records, but both the masterpieces of Thomas Kalnoky. It was fun searching for this record and finding this pressing was beyond what I could have expected. Anybody who is a fan of Keasbey Nights needs to experience it on vinyl at least once.