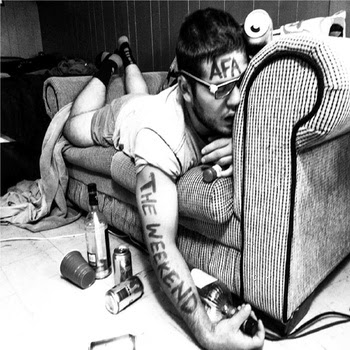 A Failed Apology’s The Weekend isn’t mere pop-punk pomp and circumstance - there’s a bark to this Buffalo outfit’s bite, a popcore, happy hardcore side to their game that will please more than a few A Day To Remember fans (“Fake As Your Makeup, Time To Breakup,” “Starbury 95’ Classic”). But by no means does that mean this band isn’t quite competent pumping out over-the-top hooks, sun-drenched vocals and roiling guitars (“We Were Drinking Out of Solo Cups Before It Was Cool,” “C4”). With The Weekend, A Failed Apology succeeds in both sonic arenas, and even takes the time to toss in some frat boy party fun ala New Found Glory (“Rugby Party”) to give the album more of a rounded feel, and as if that wasn’t enough, Dominic Parisi goes all Kenny Vasoli on us with the acoustically driven “Goodbye.” Yeah, it seems A Failed Apology has covered all the bases on The Weekend.

Grade: B
Go Download: “Fake As Your Makeup, Time To Breakup”