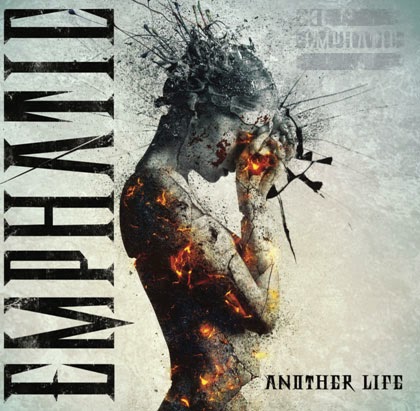 For most bands, losing your lead singer should be considered a death knell; the first step down the short road to imminent break up (unless you’re Drowning Pool of course), but apparently Omaha’s Emphatic aren’t most bands. They apparently never got that memo since their latest release Another Life finds the band sounding better than ever, which is somewhat surprising, because not only does this album feature a new lead singer in Toryn Green (formerly of Fuel and Apocalyptica), it also features fellow newbies, bassist Jesse “Saint” Nunn (Scum of the Earth/The Autumn Offering), drummer Patrick Mussack, and guitarist Bill Hudson (Cellador). Green is a true highlight of Another Life, offering up an even-keeled mix of ballads and pure rockers as he channels his inner Chris Daughtry when the pace slows (“Some Things Never Die,” “Louder than Love”), though there are times when he sounds eerily close to former From Zero frontman Jett (“Lights,” “I Don’t Need You”). Honestly, by the end of the tremendous opening track “Life After Anger,” you should know just about all you need to know about Emphatic’s Another Life. Chunky riffs, soaring vocals, and melodic hooks all coated in a glossy, radio ready sheen (“Time Is Running Out,” “Remember Me”), though Another Life is plagued by more than a few flat filler tracks, instances in which the band wanders too far into middle-of-the-road hard rock (“Another Life,” “Forbidden You”). There’s a lot to like about Another Life, an album that should immediately pop up on the radar of modern hard rock fans everywhere. Well, at least it should be. And if it isn’t, let this be your warning.