This Story of the Year show was important to me for a few reasons. Not only was I seeing the band for the first time since their Page Avenue tour a decade ago, it was also my first time at the Waiting Room (I’m aware I’m slacking).

This venue didn’t disappoint, and to me it really reminded me of what the Mohawk would’ve have looked like if someone poured a bunch of money into it. The layout was great, the food smelled tremendous and the beer selection was the best of all. The bottle selection was what you would expect, but the draft selection is what surprised me – Southern Tier 2XMAS and 2XRYE as well as Magic Hat Hi.P.A. among others. Not too shabby for a concert venue.

Rochester’s Red Letter Statement (https://www.facebook.com/redletterstatement) got things kicked off in proper fashion, with frontman Adam August apologizing to those fans in the front row because he didn’t have a lot of room onstage. The energetic frontman surely needed said room because he was all over the place as the band ripped through a short set that played host to big hooks and driving guitars reminiscent of Let It Enfold You-era Senses Fail. 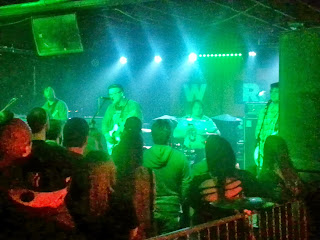 Cedar Kites (https://www.facebook.com/CedarKites) took the stage next, and after a somewhat rocky start to their set, blew me away with a number of killer emotional jams that had a bit of a Bayside tinge to them. To be honest, their cover of Taking Back Sunday’s, the first such TBS cover I’d be treated to on this night, “What’s It Feel Like to Be a Ghost?” was simply the cherry on the top of this performance. Immediately following their set I headed over to their merch table and picked up a demo, then listened to it on my way home. They’re opening for Balance & Composure at the Waiting Room coming on January 15. Be there. 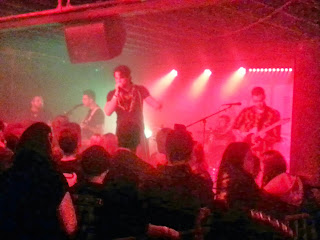 Buffalo’s Venona (https://www.facebook.com/venonamusic) followed, providing direct support for SOTY, and the crowd at large responded very well, though to me their sound was off the entire way through (the vocals were very low). Thankfully I was close to the stage so I could decipher that they had a cool sound, one which required some further investigation, so I made my way to their merch table to remedy that. I’ll have to see these guys again. 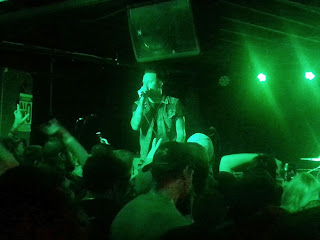 Story of the Year finally took the stage, and they would have been hard-pressed to be any better on this night. As part of the tenth anniversary of Page Avenue, the band played the entire album in full, though they did something I’d never seen before – they didn’t play it in order, and mixed in songs from other albums throughout the night. Opening as Page Avenue does with “And the Hero Will Drown,” SOTY spun the crowd into a frenzied mass, one that loudly sang each and every word emitted from frontman Dan Marsala’s lips. The crowd chanted ‘Story, Story’ as the band worked their way through all of Page Avenue’s seminal cuts, including “Falling Down,” “Anthem of Our Dying Day,” “Sidewalks,” “Dive Right In” and “In the Shadows,” while mixing some other fan favorites (“Take Me Back,” “Our Time Is Now”) along the way. 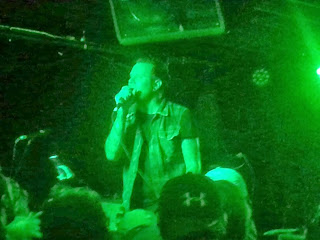 The night’s most badass song came in the way of “Is This My Fate, He Asked Them?,” the final cut off of the bands sophomore album In The Wake of Determination, and the nights most sincere moment came in the form of an acoustic version of “Razorblades,” taken off their recently released Page Avenue: 10 Years and Counting. 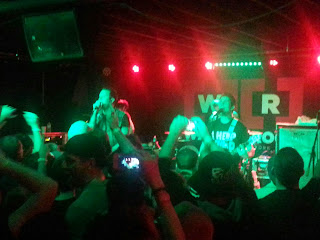 While they wrapped their set with a magnificent rendition of “Until The Day I Die,” the nights most memorable moment came when Story of the Year ripped off an incredible cover medley of bands they’ve performed alongside throughout the years, a truly, truly memorable instance that included Yellowcard’s “Ocean Avenue,” Taking Back Sunday’s “Cut Without the E (Cut From the Team)”, The Used’s “The Taste of Ink” and My Chemical Romance’s “I’m Not Okay (I Promise).” 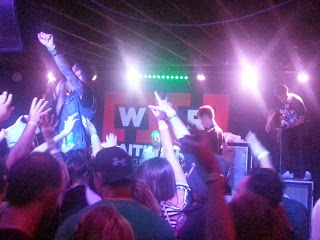 In addition to being amazing, awe-inspiring and incredible, this was also one of the absolutely loudest shows I’d ever attended, and easily the best show I’ve caught this year. 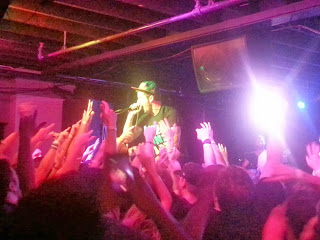