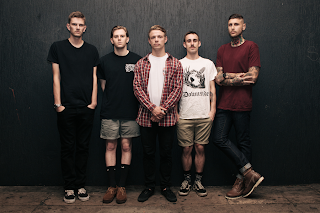 Hindsight Records is excited to announce the addition of Newcastle's Distance to their growing roster.

Forming in early 2011, the band has since released a demo and a 7", with plans to release their debut album in 2014. As a teaser for the forthcoming album, the band has recorded two of the songs set to be featured on the full-length, which will be released in November in the form of a tape and digital release.

The two new songs were recorded and mixed in Newcastle once again with Mat Taylor (Civil War, Hazards, The Hollow) and mastered by Bill Henderson (Title Fight, Daylight, Balance And Composure) at Azimuth Mastering in New Jersey.

"No Funeral" is the first taste of the band's new material, and will be released this month through Hindsight.