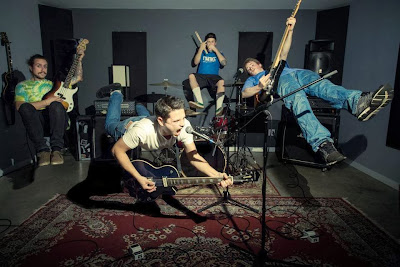 Dying Scene Records has announced the signing of Vancouver, Canada's Ellesmere and will be releasing the melodic punk act's debut EP, Bail City, on December 10th.

If you’re unfamiliar with Ellesmere they play punk rock with the same bombastic leads and infectious melodies that made NOFX scene legends. Sharply written, fast paced fretwork abound, Ellesmere takes the best of the skate punk golden age and run with it towards the chugging, woah-oh’d horizon. The harmonies are tight, the songs are catchy, and the music is fierce enough to please even the most jaded of punkers.

"Intropolis", the first song from the EP, can be streamed right here http://dyingscenerecords.bandcamp.com/album/bail-city.