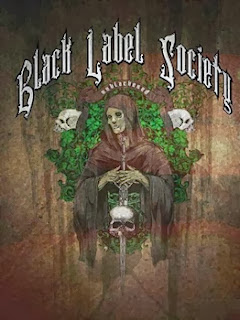 If you have ever wanted to see Black Label Society in a different light, then there’s has perhaps been no better chance than their Unblackened release, a quasi-acoustic release that showcases just another facet to Zakk Wylde’s already loaded musical arsenal.

This is as laid back as you’ll ever find the normally burly and bearded hard rockers, a lengthy, stripped down, symphonic setlist that harkens all the way back to the band’s 1999 release Sonic Brew (“Spoke in the Wheel”) and 2000’s Stronger Than Death (“Rust”), though the staples are here, reimagined for all to see (“The Blessed Hellride,” “In This River,” “Stillborn”). It would have been nice to hear “Berzerkers” get the Unblackened treatment, but perhaps there’s something to look forward to if Wylde ever decides to pull the trigger on a sequel.

While the CD version of Unblackened features half a dozen additional songs not found here, this is a concert experience, one better suited to be seen than just merely heard, though seeing Wylde tackle Leon Russell’s “Song For You” and Bill Wither’s “Ain’t No Sunshine When She’s Gone” would have been just killer. The extras aren’t much, though Wylde visiting the HM Prison Stocken is at least entertaining.

As has been said, the Unblackened DVD is an experience.