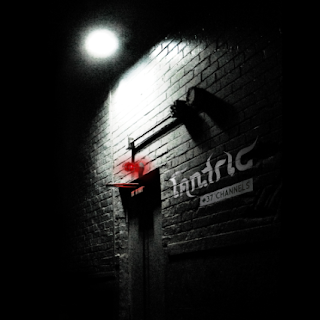 Tantric is Hugo Ferreira, and vice versa, a fact that has never been truer. Despite being the only remaining original member of the band, Ferreira charges ahead unabashed with 37 Channels, the bands fifth studio release and first since 2008’s Mind Control. And regardless of the fact that Ferreira stands alone, rest assured that 37 Channels is very much a Tantric record.

37 Channels is clearly at its best when Ferreira waxes emotional, moments in which he uses this album as a vessel to cleanse his inner demons (“Gravity,” “Where Do We Go From Here,” “You Got What You Wanted”), and judging by the level of balladeering shown here, it seems evident that Ferreira has a lot to get off his chest. While on the whole 37 Channels takes a step back in terms of heaviness when compared to some of Tantric’s previous rock entries (“Down And Out,” “Mind Control”), there are some fun up-tempo numbers for listeners to sink their teeth into (“Rise,” “Again”), though these are pretty few and far between.

While 37 Channels might not be Tantric’s strongest release, it may just be their most eccentric, and is damn sure their most emotional outing yet.