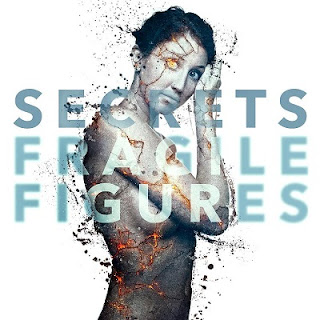 Though it’s only been a year and a half since their ultimately lackluster debut The Ascent, post-hardcore pugilists Secrets are not only back with their sophomore album Fragile Figures, but also with a new singer (Aaron Melzer). And while the idea of changing vocalists midstream would appear to be a detriment, Secrets takes it all in stride and actually comes out the other end smelling likes roses.

Secrets’ vocal dynamic has never sounded this crisp, this exciting, thanks in large part to guitarist/clean singer Richard Rogers and new vocalist Melzer, who vocal interplay is near perfect at times (“Forever and Never,” “Ready for Repair”). The band effectively sheds much of the monotony that plagued their debut, whether it be by turning the intensity knob all the way to the right (“How We Survive,” “Live Together, Die Alone”), or sonically expanding their horizons, like on standouts “The Architect (Part 2),” where newcomer Melzer expertly handles the majority of the vocal load, and Fragile Figures closer “Sleep Well, Darling,” which showcases a new side of Secrets. The highlight track builds and builds until its crashes down amid a wash of soaring vocals. This is the strongest track Secrets has set to wax yet.

Fragile Figures is promising to say the least, and it washes the bad taste of The Ascent out of the mouths of listeners as well as giving the band something to build upon.