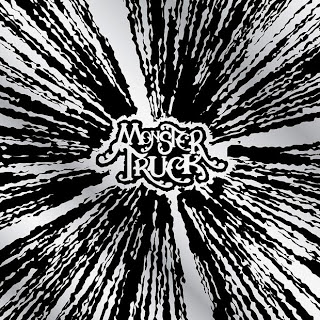 Rock fans rejoice, because Monster Truck has clearly heard your calls. And they have answered with Furiosity.

While their chosen moniker might not be the best, Monster Truck’s music sure as hell is, and Furiosity, the sophomore LP from this 2012 Juno Award winning “Breakthrough Group of the Year,” is a burly exercise in what true rock and roll sounds like.

Furiosity is a stripped down, balls-out rockfest fueled by Monster Truck’s no bullshit approach to both rocking out and songwriting. Opener “Old Train” wastes no time in teleporting listeners 35 years back in time, with classic rock inspired gang vocals leading the way. Speaking of inspiration, Monster Truck are unabashed in theirs, flaunting their love of all things Deep Purple, Led Zeppelin and Uriah Heep with each passing track. And to that fact, it is interesting to note that Furiosity is an album helmed by rock producer Eric Ratz, whose credits include, among others, noted modern alt-rock outfits such as Billy Talent, Three Days Grace, and the Cancer Bats.

The rushing wave of classic rock love continues with lead single “Sweet Mountain River,” the subtly addictive “Psychics” and the cocksure “Oh Lord,” though at times Monster Truck do remember that it is in fact 2013 and add more of a contemporary twist on things (“Power Of the People,” “The Giant”), but the modern aplomb doesn’t last all that long as Monster Truck delve right back into emulating bands from their [surely extensive] vinyl collection, like ZZ Top (“Call It a Spade”) and Deep Purple (“For The Sun”).

Furiosity is a record built for rock fans, one that will more than likely please the ears of rocks across generations.