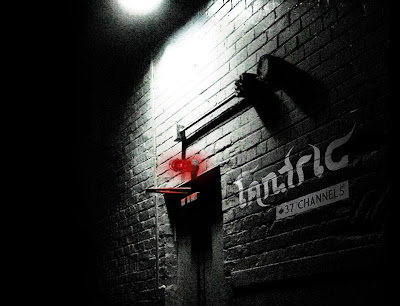 Louisville-based eclectic rock act Tantric have just signed a deal with Pavement Entertainment and will release their eagerly awaited fifth studio album entitled 37 Channels in September 2013. It's the band's first work since their 2009 release, Mind Control.

Featured guests on the album include Shooter Jennings and members of Hinder, 3 Doors Down, Saving Abel and Uncle Kracker. The album title comes from what Ferreira describes as"What goes on in my brain constantly; 37 things or channels if you will, all at once vying for my attention". Typically diverse, the track selection offers unexpected content that will surely impress, as well as something for loyal fans.This album also marks a change in Tantric's structure, establishing it as Ferreira's ongoing musical project and allowing more freedom for collaborations without deviating from the established Tantric sound.