Still Able to Black Out the Sun After Nearly Two Decades: Clint Lowery of Sevendust 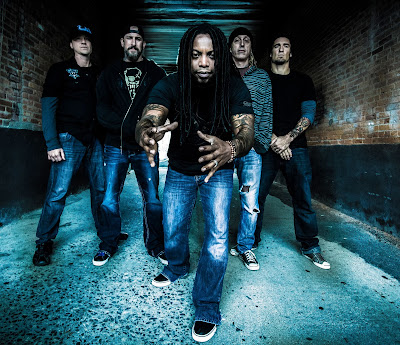 There’s no doubt that it’s been quite the ride for Sevendust, and after nearly two decades of existence, these Southern boys have risen to the upper echelon of rock acts, and their recently released ninth studio album Black Out the Sun is sonic proof that they belong there. And even after all of their success and their standing in the rock scene, Sevendust continues to challenge themselves.

Their latest challenge – write and record Black Out the Sun in 30 days.

Mission accomplished. And then some.

GEM was able to carve out a few minutes in the ever busy schedule of longtime Sevendust guitarist Clint Lowery to go about as in-depth and behind-the-scenes of the both the thought and recording processes of Black Out the Sun, how the bands writing style has changed throughout the years, and just when the hell we will see another Dark New Day album. Lowery even drops an exclusive right in our lap. Spolier alert – it’s a good one.

Get eXposed Music: After touring for Cold Day Memory in 2012, all other members of the band kept busy with side projects. Tell me about getting the band back together after that. How did that come about?
Clint Lowery: Initially when we came off the road from Cold Day Memory we all knew we were taking a long break and that we needed to go away and not only give ourselves a breather but also give the crowds and promoters a breather. We didn’t have any length of time apart designated and basically we all said ‘we’ll just see what happens.’ We agreed to go do our own things before we did a few shows in the middle of summer and when we all got back in the same room, everything clicked, the vibe was good and we just started discussing doing another record, which we knew we had to do eventually. After that two week run we got back in the studio and just did our thing.

So the decision to take a break after Cold Day Memory was a mutual decision then?
Of course, I mean, there was no illusion that we were burnt out, and we’ve always been good in recognizing that a lot of bands will force themselves into situations where they end up resenting each other. We looked at our situation and took a step back and made the decision to live our life a little bit of the outside of Sevendust, and really we all knew that that was going to be a healthy thing for us. We weren’t on the verge of breaking up or anything, but wanted to take that time off to take a break so we could prevent that wedge from getting in–between us.

Did your time spent in Call Me No One change your outlook on things going into a new Sevendust record?
It served the purpose that I was hoping it would. It allowed me to scratch an itch that I had to sing a full rock record and doing that I have gained a whole new and different respect for what it means to be a lead singer and all of the pressure to be creative all the way through a whole record. It affected me in a way that I really appreciated – I learned a lot more about vocals and a lot more about how to get emotions out. I took a lot of what I learned from that Call ME No One record and applied it to the Sevendust template. 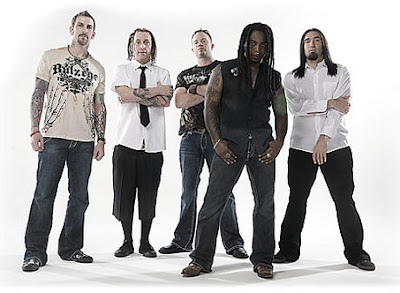 Did getting the opportunity to sing on the Call Me No One record give you the inkling to want to sing more on Black Out the Sun?
I’ve always had a good amount of vocal work on all of the Sevendust records, so I don’t think I necessarily went into this record thinking I needed to get more vocals. It’s always a song by song basis, and if it calls for a different kind of voice, Lajon is usually the one who has me sing it to switch things up. It’s nothing that we really plan, and the Call Me No One process helped me evolve my vocal style for what I do sing for Sevendust.

The three years between Cold Day Memory and Black Out the Sun was the longest Sevendust has ever gone between releases. Was this a conscious effort to take a little extra time away, and do you think the time off had any effect on the outcome of Black Out the Sun?
We went into this record with the least amount of pre-written material we’ve ever had. We didn’t have a lot of stuff ready and we did that on purpose. We went into the studio and blocked out 30 days and if we came out on the other side with 2 songs, that’s great. We had a few ideas that were lingering for a few songs, but everything else we just wrote on the spot. We didn’t second guess anything, and it was easy really. We were back in some sort of a honeymoon phase where we were really excited to be back in the same room with each other.

This album was completely different – we produced ourselves too, which is an entirely different dynamic in itself. It was really liberating to be able to do that.

I’ve read that you recorded the album in 30 days and came to the studio with no songs in hand. Is this true? Did you just want a new challenge? Or did you want to approach Black Out the Sun in a different way from your other records?
It was honestly because we didn’t have a lot of time because I was so busy doing the CMNO record. And I had done this same thing with the CMNO record, and it was just one of those things really. We just had faith in the material we were writing at the time.

Then the next obvious question is, why not just give yourselves more time?
Well that’s the thing. We had set the 30 days, and if we got it done, that’s great, and if not, well extend it. When we got into the studio, material just started flowing out and we got the record done in the 30 days. We didn’t feel any pressure to get it done then because if we did we would have taken more time to do it. We blocked 30 days out and it just happened that we finished the record in those 30 days.

Could you see Sevendust using this process again on a future record?
Yeah, it was such an enjoyable experience that left us with a very good taste in our mouth. I absolutely see us doing it again. I would absolutely entertain the idea of doing another record the same way we did Black Out the Sun. I mean, a little more time would be good, but still. 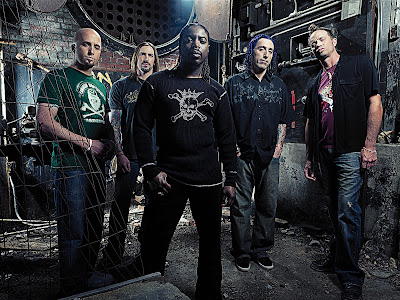 You self-produced and self-released Black Out the Sun – did you find this to be a more liberating process or was it a more complicated one because of the additional workload?
We had a really capable engineer so it was a much more liberating process. The arrangements we worked out together, and it was really a band effort it terms of putting these songs together because we all decided what would go where in each song.

How has your writing process evolved over throughout the years as a band? Do you guys find yourselves writing all the time when inspiration strikes or do you sit down and concentrate on writing?
I think we do a lot better when we have a deadline. Even when we don’t have a record on the horizon, I write pieces of music, but for the most part we just let it build up towards a deadline. Theres benefits to writing stuff beforehand, and usually our typical process is this – John and I write a basic format in ProTools and then give that to the band. We then take the music and arrange it. Then the vocal process starts and Lajon was very involved on Black Out the Sun because we all knew we had to be on all cylinders to get this done.

You were quoted as describing Black Out the Sun as having a ‘dark vibe.’ Can you expound on that a little bit?
All of our records have somewhat of a dark vibe because our music is aggressive. And it makes sense to have the lyrical content match the mood of the music. Some of the subject matter on Black Out the Sun lends itself to a darker vibe. I was really angry when my dad died and a few of the other songs touch on volatile relationships and some observations you see of the world being a negative place at times.

Moving forward, will we see another record from Dark New Day or Call Me No One?
I would always entertain the idea of a new Dark New Day record because it was such a great experience, and I think there are some people out there would like to hear new material. As far as a new Call Me No One album, I think I’m more interested in doing a solo album, which I’ve never done before. I had a great time with CMNO and would entertain it again, but I would like to try hand at a solo record.

We came very close to doing another DND record last year but some other things got in the way and we ended up putting it off. I have tremendous respect for those guys and would love at some point to hit the studio and do an EP or something with them. Every time I talk to those guys, new material always enters the conversation at some point.

If you were to do a solo record, how do you see it? Do you see it as you in front of a backing band, or more of an acoustic project?
I don’t know if I’d want to do something exclusively acoustic because to be honest I’m not that good of an acoustic player. I can write good songs based on acoustic guitar, but I’d like the chance to play some electric guitar. I’d probably completely chance my setup instead of using the same tools for the job. I’d really love to do some heavy blues based rock, and there’s really some new things I’d like to try.
Email Post
Labels: interviews sevendust