Reviewed! The Heights - Drag Race On The Moon 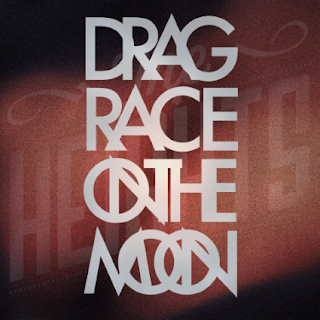 The Heights
Drag Race On The Moon

If you’re looking for the next big thing in pop-rock, then look no further than Toronto upstarts The Heights, who’s stunning third EP Drag Race On The Moon should literally turn the scene on its ear.

From the opening refrains of Drag Race On the Moon, the bands immaculate infusion of Angels & Airwaves’ dazzling atmospherics and the melodic prognostications of The Starting Line grip you by the shirttails and never let go, well at least until Drag Race On The Moon has concluded. A star is surely born in Gavin Sutton, a frontman whose vocal aesthetic comes across as a pristine concoction of Kenny Vasoli (TSL) and Tom DeLonge (AVA), mixed with the saccharine, lofty carry of Andrew McMahon (Jack’s Mannequin).

Drag Race On The Moon is a delicious slice of pop-rock pie, one that can be so sweet you might just feel a cavity forming as you listen (“Some Give You Away”), but it’s not all sugary pomp and circumstance, as Drag Race On The Moon also features a somber side (“Spinning Webs”). Rest assured however, that no matter the tone, The Heights aren’t afraid to unleash one bombastic hook after another (“You Make Me”).

The Heights have crafted something special in Drag Race On The Moon, an EP that should no doubt catapult them into relevancy. This is the time for you to get in on the ground floor, because there’s nowhere to go but up from here.