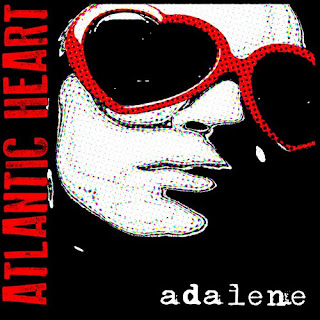 Adalene’s Atlantic Heart may be small in stature, but it’s big on staying power. Sure, it’s only four tracks in length, which is somewhat detracting since it’s damn enjoyable, but these Nashville transplants make this four song clip a memorable experience. It’s just enough pop and just enough rock, but rest assured, this isn’t any run-of-the-mill, vanilla pop-rock. No, this isn’t the Jonas Brothers, this isn’t Train.

There’s some garage rawness to Atlantic Heart, as evidenced by the opening title track, which gets the EP underway with feverous aplomb. The subsequent “Toxic Girl,” a true blue radio single if you’ll ever hear one, is a standout track that proves Adalene has the chops to contend in the scene and “Eve’s Drop” effectively ramps up the aggression factor due in large part to some blazing riffs from guitarist Josh Mitchell, before closer “Through the Unknown” puts everything into perspective, and wraps Atlantic Heart up in a nice little bow, a track driven by the relatable lyricism and killer vocal work of frontman Brett Moyer. When the band joins in vocal harmony during this closing track, it’s one of the EP’s more memorable moments, but to be honest, Adalene is a band that knows how to craft a strong hook. If you need further proof after you’re finished spinning Atlantic Heart, then simply go back and listen to “Toxic Girl,” and see just how long that hook lingers after the song itself concludes.

There’s enough to sink your teeth into on Atlantic Heart, an EP that showcases a band in Adalene that not only is arena, but also radio, ready, not to mention more than ready for your iPod playlist.