‘Time’ Is Now and ‘Pressure’ Is On: A Conversation with Devour The Day's Joey Walser 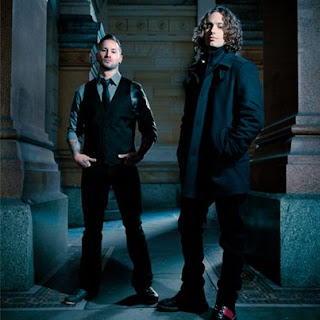 From the ashes of Egypt Central rises Devour the Day, a new project from drummer Blake Allison and bassist Joey ‘Chicago’ Walser, only this time, Allison has traded in drumsticks for a microphone, following in the footsteps of drummers-turned-great singers like Francis Mark (From Autumn To Ashes, Biology), Brandon Saller (Atreyu, Hell Or Highwater) and Sully Erna (Strip Mind, Godsmack).

Whatever Allison and Walser did during their transformation into Devour the Day, it sure as hell worked, as their debut Time & Pressure (out now on Fat Lady Music) is as good a rock album as you’ll hear this year, an album you’ll be reading more about come year’s end. Perhaps it’s their sheer talent, perhaps it’s their heart-on-sleeve songwriting style, either way, DVD is legit, and a band to look out for.

Walser spent a few minutes with Get eXposed Music to talk about everything from the demise of Egypt Central and inception of Devour the Day, to the bands mindset while recording Time & Pressure and how Dave Grohl helps him deal with the inevitable comparisons between DVD and Egypt Central.

Get eXposed Music: Let’s start with the genesis of Devour the Day. Tell me about the end of Egypt Central and how Devour the Day came to be.
Joey ‘Chicago’ Walser: Early in 2012, John [Falls], our singer, moved to Miami and we started to get the inclination that he wasn’t going to be able to continue anymore. And a very fearful and insecure Blake [Allison] and I were standing at a crossroads and then eventually in March, John has finalized that he would not be in the music business anymore and/or taking a permanent hiatus. So Blake and I were obviously pretty angry after putting 10 years into it, and some of that anger is pretty clearly covered in the lyrical content of the first few songs of the record. This was an opportunity for Blake and I to musically and artistically do some things we had never done before. As much as we still love rock and roll, there were definitely some avenues within it that we were able to expand on. And I think that’s really where we were able to write this new music. As we wrote the first few songs we felt that we really had something and we started to put together the rest of the project.

Obviously there was some bitterness, but what’s the relationship now between you and John?
John and I are still really good friends and we talk every couple of weeks. Beyond the fact of the way the things went down, we’ve been friends for nearly 12 years and built a career together. I think ultimately there were things in his life that he needed to take care of beyond the realm of the music business.

Jeff James, from Egypt Central, is filling in as your live touring guitarist currently – is he going to be added to the permanent lineup?
I don’t necessarily think that that is the main focus as of right now. We put some much time into the record by ourselves and I think that’s something, as far as expanding the lineup, that we might discuss going into the writing process of the second record. For right now, it’s just me and Blake, with touring musicians. 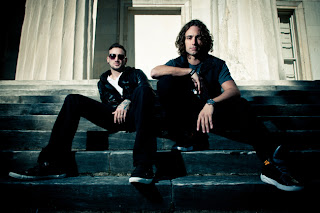 Let’s talk about Time & Pressure. How exactly did the recording process of that record go, and how did it differ from albums you’ve recorded in the past.
There was always this idea, and I hear it a lot, that in order to make an A level record, you’re forced to go out and find an A level producer, who will help you write your songs and craft your style and we felt that every time we did that, as much as we loved it, there was still the feeling of it not being completely authentic from conception to release. For this record, everything Blake and I were writing was so close to home and honest that we wanted to be able to have our hands in everything as far as how things sounded tonally and really just every aspect of how the songs were crafted.

We were also friends with Skidd Mills from Nashville, so when we came to him he kind of knew what we were after, and he knew that we wanted him to come in and not necessarily produce the record, so much as we wanted him to help finalize some aspects in terms of programming and such. Skidd did a wonderful job helping us out, but it was a big deal for Blake and I to be able to be hands on from the get go.

What was your mindset going into Time & Pressure? Did you approach it as a debut album, or since you’ve recorded a couple of full length albums in the past, did you approach it as just another record?
We really approached this album as a rebirth. As we were going in, we were just really writing so much that the idea of deciding what songs were going to be singles and what songs were going to do well at radio and what was going to be on the record, wasn’t really on our minds. We really needed the release and the outlet so badly because of what was going on with Egypt Central at the time. We approached it as ‘let’s just be as honest and authentic as we can’ and when we get enough songs well put a record out, and it just all happened to happen really fast.

I don’t want to say that you rushed Time & Pressure. But you just want to get it out as fast possible?
No, actually that wasn’t the plan. Realistically, we were prepared for it to take a good 2-3 years, but Blake and I had so much to say, so when we were writing it was just coming out so easily and we were recording the whole thing. There was no real plan in that sense, it just happened to come together so fast because we were really truly working so hard at it, that within six months we had a record ready. We have an awesome team behind us – we love our record label Fat Lady Music, whose labelhead literally knows every lyric on the record and who has been there literally since the beginning.

We made every mistake a band can make in Egypt Central so this time we were able to circumnavigate quite a few things because we have over a decade as nationally touring band members and that helps. It’s easy to not make the same mistakes when you’re starting completely over as hard it is. And that helped things move so fast. We didn’t expect it go so quick really.

I spoke with Sevendust recently, and they told me they recorded their latest album Black Out the Sun in 30 days with no prior material written, so I think you guys are alright in that respect.
Yeah, yeah, it took us longer than that – it was a six month process writing the record. Those guys definitely deserve respect on every level because they are kings in the music world for sure. 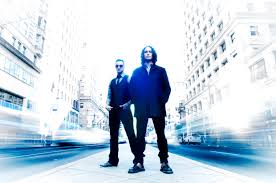 Given that you and Blake are established touring musicians; did you feel any added pressure while recording this album?
I think the one aspect of pressure that we did feel as far as the writing of the record was that the mindset and anthem cry behind what Egypt Central represented in the end was to never give up regardless of what happens. There were definitely conversations Blake and I had at the beginning about, if we didn’t continue with this, just how hypocritical that would be to the music we had created previously. I think one of the main things that may have drifted over from Egypt Central is still just the mindset that regardless of what happens to you, there’s always a way to get back to a place where the glass is half full again, and to pick yourself up and give yourself a boot in the ass. I think that’s an important part of who we are as people.

With Time & Pressure, tell me what fans can expect from this album.
The one fiber that flows throughout the whole record is that this is Blake and I at 100 percent honesty; this is us really truly sharing our struggles and dealing with subject matters that some people might be afraid to talk about. I feel that there are a lot of conversation starters and challenges within this record but I think that people can expect a lot of cool rhythms and a band that works together as an organism and not just four separate guys doing their own thing. This is a very specifically and intentionally designed record from the rhythm sections and the rhythm side of things. Fans can expect a very cohesive band and the honesty and authenticity will shine through when people listen to Time & Pressure.

For reviews for Time & Pressure that compare Devour the Day to Egypt Central, how do you deal with that, and do you and Blake talk about that at all?
When it comes to criticism, there’s a couple of saying in the business that stick with you, like ‘if they’re bad or good, if your names in their mouth, they’re still talking about you,’ but at the same time I don’t write music for the critics, I write for my friends and my family. I do consider our fans to be our friends and I don’t usually refer to them as fans because they are really our family and our friends. As far as the comparisons go, I think Dave Grohl said it best when he switched from Nirvana to the Foo Fighters, and people were said to him ‘how could you make a rock record’ and ‘how could you make a band that sounds like Nirvana.’ He said ‘you mean loud guitars, serious vocals and crashing cymbals? That’s what I do.’ Critics will always have something to say no matter what. I’m a human being and I can’t take myself too seriously because it all amounts to dirt in the end.

What’s next for Devour the Day after Time & Pressure?
A lot of touring, just a lot of touring. Look for us in a city near you in the near future!
Email Post
Labels: devour the day interviews