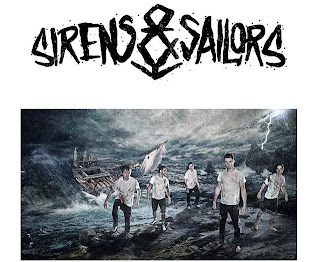 Sirens & Sailors are the latest addition to join Artery Recordings, the joint venture between The Artery Foundation and Razor & Tie. The Rochester, NY based band will release a new album later this year.

Formed in 2005, Sirens & Sailors is a five piece progressive metal outfit from Rochester, NY. The band has released two EPs and one full length album, and have toured extensively with such bands as Affiance, Dr. Acula, Knights of the Abyss, The Air I Breathe, and King Conquer as well as on the Van’s Warped Tour.

The band has quickly become one of the most exciting groups rising out of the East coast with their jaw dropping live performances and catchy lyrics.