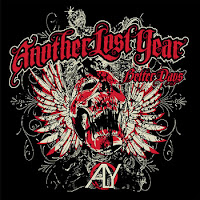 With Better Days, Another Lost Year, voted the Best Rock Band in the Carolinas back in 2011, has released a good, if not unspectacular, rock album, one that suffers from its share of inconsistencies. At times, Better Days shows promise, and when the band exhibits their penchant for hard-hitting modern rock (“War On the Inside,” “All That We Are,” “Broken”) it’s clear they have some chops, but unfortunately for Better Days and Another Lost Year, those high spots are washed asunder when the band tempers the pace and kicks things into full-on ballad mode (“Angels,” “Runaway,” “Come and Gone”), while amping the undeniable Creed-worship (yes, frontman Clinton Cuanan’s vocal resemblance to Scott Stapp in uncanny). However, “Angels” is a track to check out thanks to Lish Rimer’s vocal contributions. Still, while Better Days seems more filler than naught, the good portions are at least worth seeking out.