From the Underground to the Mainstream: Lucy Spraggan Offers Precious Words of Advice 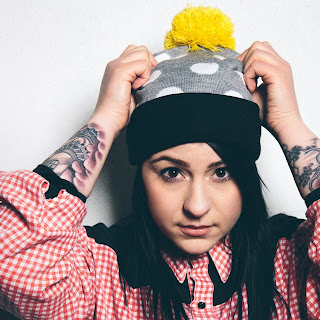 In an interview to Open Mic UK, Lucy Spraggan gives her own advice on how to get ahead in the unsigned music world and how to make the most of every opportunity. Just a year ago, Spraggan was progressing her way through the rounds of the Future Music contest, describing the experience as “a great way to build your fan base to thousands of new fans whether you are a guest act or a competitor in the show." Now, she has a jam-packed diary full of festival slots this summer after her first UK tour was a complete sell out.

Spraggan wowed crowds across the country last year with Open Mic UK having come through the ranks of the Future Music competition, before hitting the big time on National TV show The X Factor.
Her new single “Lighthouse,” co-written by Spraggan and Ordinary Boys singer Samuel Preston, is due for release on July 1.

In addition to offering up some words of advice to unsigned artists, Spraggan also talks about the importance of social media and just how important industry contacts are, not matter how big or small they may be.

What’s it like touring the UK?
Lucy Spraggan: It's really good experience, and gives you an insight into how much hard work the touring industry is. There are lots of early mornings and very late nights, but it's worth it for the buzz at the end of the shows.

How difficult was it to get your name known as an unsigned performer?
I'm still on the road to getting my name known, it's a very long process and it takes lots of time and energy. Without the help of management, or a decent label, it is difficult, but with the right mindset and opportunities I feel like getting your name 'known' can be done.

What importance do you place on your social networks to increase your fan base?
Social networking is one of the most important parts of building a fan base for me. I think the ability to talk to fans personally online is great, being able to ask their opinions on new songs or videos is priceless and it's so easy to let people know where you are playing next.

What tips would you give to those who are trying to get their name out there?
Don't get caught up in the moment; when it comes to making decisions about your career always think about your choices. My other advice would be to perform as much as you can, wherever you can. Take criticism on board but at the same time don't be disheartened by it. Always trust your instinct when it comes to people that want to work with you.

How hard is it to make contacts in the industry?
It is very hard; it's a cliché to say it but it's all about being in the right place at the right time. Also, it's not what you know… I take a lot of time to sit down and email anybody who has given me their business card, I just check in with them and let them know what I'm doing so that when I'm in their area they already know about it.

What is the most difficult thing about being unsigned?
It's hard to get on the radar without the push from a team of people from a management company or label, but at the same time being unsigned can be a bonus as you have the freedom to work with whoever you want without having to abide to exclusive terms.

For more information on Lucy Spraggan and to check out her music visit her website. For your opportunity to follow in the footsteps of Lucy Spraggan, enter Open Mic UK now.
Email Post
Labels: interviews lucy spraggan