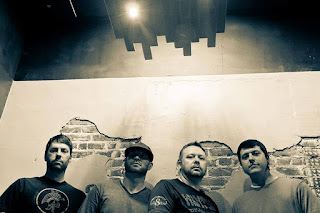 Minor Crisis formed in January of 2013, and quickly signed with Autumn + Colour Records after Travis Groo (VP-A&R) heard a demo of the band’s music. The electronic rock group had been an idea discussed since 2000 by Jeff Ashmore and Roy Goudy (ZAO founder & guitarist), but finding a drummer and frontman that fit proved no easy task. Then in 2006, while working on a project that included Chris Fincher and Joey Hulsey (Chariot founder & drummer), it was clear to Jeff that he needed to reach back-out to Roy. The experience, creativity, and broad understanding of music offered by both was perfect to make Minor Crisis a reality.