A Band Stronger Than Death: A Conversation With Thomas Flowers of Oleander 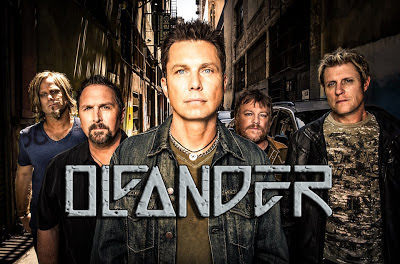 Oleander is a band hell bent on succeeding. They survived a self-imposed four year hiatus and going a decade in-between releases to return to the music scene as relevant as ever, and not to mention stronger than ever, armed with their best album to date in Something Beautiful.

They’ve worked with WWE and the UFC, recording a song with one of the latter’s top bantamweight fighters and have had their music included in a very popular video game. Oh, they also have a new home on Cobalt Music Group. So yeah, there’s a lot going on with Oleander.

Frontman Tom Flowers took some time out of the bands busy touring schedule to speak with Get eXposed about what the band did during their hiatus, what it was like to get back to the drawing board and what it was like working with both the WWE and the UFC. We also spend a fair amount of time gushing over the Cure.

Get eXposed Music: Tell me about getting the band back together after the hiatus in 2008. What made you think of reuniting the band, and what was that overall process like?
Tom Flowers: Let’s take it back even further to when we walked away. We stepped away from the business and our obligations, but didn’t step away from being a band. We had just come off of a very long year of touring and we were burnt out. At the time we felt like we needed a break, and wanted to go back home and be home for a bit. We had forgotten how good life was at home, being around friends and family. It was healthy for us to be back home.

We really took our time with it. When we got home we were really in no big rush to jump right back on that treadmill that is the music industry. We were in touch with each other and exchanging ideas, because we never really ruled out the idea of putting out another record. And little by little we decided it was time for us to get back together in the band room, if for nothing else, than to strap on the instruments and just enjoy each other’s company. We talked about getting into a room and trying out new ideas and within 15 minutes we were onto something that was bigger than anyone of us. There was something going on musically that was larger than the sum of its parts. And if I remember correctly, I believe we had written “Daylight” within the first 15-30 minutes of being back together so we knew there was something special there again and I can attribute that directly to the fact that we treated ourselves to a well needed respite. After we came back we were able to discard an awful lot of the baggage we’d accumulated over the years of grinding and when we got back into the room it’s kind of like we had circled back to what motivated us in the first place.

The fact that the band remained so close during the hiatus, is that why no one broke off and worked on other projects?
I dabbled for a moment with a handful of friends in Southern California but it was just really to occupy my time in a creative way. When we took a break, I don’t think any of us really wanted to get that deep into anything outside of Oleander. We just wanted to get back to being everything other than professional musicians for a little while. The guys continued to get together on a weekly basis and got together with other friends to experiment but no one wanted to establish anything really beyond our roots here in Oleander.

So, when you took the hiatus, you always knew you were going to get the band back together at some point?
No doubt about it. We just didn’t know when and it was interested to get home, be home and just let things happen the way they naturally did. I think it was a little bit longer of a break than any of us initially expected, but the product, the album Something Beautiful, is in my opinion is our best record, and again, I can directly correlate the strength of the album to the length of the break. It allowed us to experience life and then draw on those life experiences that we built up while we were home.

Walk me through the recording process of Something Beautiful. How did it differ from the last time you recorded a record, which was a decade ago?
First and foremost, we had all the time in the world and zero pressure from any outside influence. That was a luxury that we hadn’t been afforded since basically February Son, and even with that record we had our whole lives to write it. With Something Beautiful, we took all the time per track that we felt each song deserved. We wrote and recorded the album at our own pace and we did it sporadically. We didn’t hole up in a studio and record for a month straight and whatever we recorded was the record. This was something we able to spend time on every particular song, every idea and that’s the way we’re going to do it from here on out. There’s something really organic and natural about it for us, and by far it was the most enjoyable recording process we’ve ever experienced.

Were you writing songs during the band’s hiatus, and if so, how did those songs play into recording Something Beautiful?
We all were actually. We were all writing and logging ideas. I would even record ideas on my phone and send them to the guys. Everyone in the band was writing, whether it was complete songs or small part – maybe a riff or a chorus. Every exchange of ideas drew us closer to getting back in a room together - I remember hearing a little piece of “Daylight,” which might have been the final motiviating factor to get back in the room together. 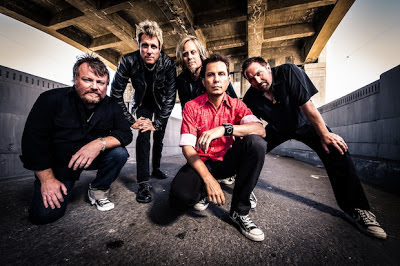 What were some of your inspirations in putting this album together?
I was inspire din my own personal life to narrate what I had been going through the last 8 years and I have always written from that perspective. All of the songs I’ve written lyrics for, they are cathartic and allow me to get things off my chest and allow me to give an insight into what our lives look like. I don’t know how to say it other than it was just time us to be creative again.

Tell me about how your relationship has been with Cobalt Music Group.
We released this album on Cobalt Music Group, not Carved Records. The Carved Records scenario was somewhat interesting, yet very story of our lives throughout the career of the band. We got hooked up with Carved, they had a marketing plan that we plan fit our intentions and long story short, their marketing objectives changed and we didn’t necessarily agree with the direction they wanted us to go, and we amicably parted ways. They released us from the contract we signed and we appreciated that.

Fortunately for us, Cobalt Music Group was in the background waiting for an opportunity and when the stars aligned we were able to join forces with them.

You brought back Richard Mouser to produce. What was the decision making behind that, and what did he bring to Something Beautiful?
He’s been working with us for over 15 years, since we were recording demos. He’s been an integral part of the band for a long time, so much so that we’ve asked him to join the band. He’s actually a second guitarist in the band.

It was a no brainer really to bring him back on board. We’ve wanted to work with Richard our entire career and have been thankful to have that chance. No one knows our sound and our strengths more than him.
I wanted to ask about the song “Fight.” Is it true that Uriah Faber is on this song, and if so, how did you get to work with him? And are you guys MMA fans?
It’s absolutely true that he is on the track – he does a spoken word on one of the versions. It just so happened that Doug [Eldridge], our bass player, was flying back to Sacramento from Los Angeles after recording the music for the song and happened to sitting next to Uriah on the plane on the way home. There’s a mutual admiration – he’s a fan of us and we’re fans of him – and Doug got to think that it would be a great idea for Uriah to do a spoken word part on the song. I thought it was a fantastic idea because of the Sacramento connection. It was a perfect fit, and the rest is history. Management loved the song, who then played the song for management at the WWE, who loved the track so much they spotlighted the track in the WWE ‘12 video game. There was a bit of a conflict with the WWE and the UFC, so we provided them with a version of “Fight” without Uriah.

You also performed “Fight” as part of the WWE Survivor Series 2011 event. Tell me about that experience.
Well, that’s one of the nice benefits of our relationship with WWE. We had an opportunity to play one of their massive conventions at Madison Square Garden before their Survivor Series 2011 pay per view and had the chance to play under the marquee. It was definitely a great experience for us. 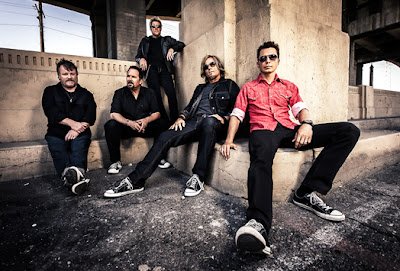 I’m a massive Cure fan. Can you just talk a little about how you first decided to cover “Boys Don’t Cry” back in 1999. How did you come to cover that track?
I’m a huge Cure fan as well as the Cure and the Cult were two of my favorite bands for quite some time, especially the Cure. When I was growing up, they were like the Grateful Dead to me and I was traveling around to watch their concerts that were anywhere remotely near Sacramento. I just love that song and brought the idea to the band and we thought it would be a punk-rock idea for a rock band to cover a Cure song. We got approval from the Cure, we got their blessing. They loved the idea and they loved our version of the song, and that was one of our favorite songs to play live for quite some time.

Have you dabbled in any other Cure cover tunes?
No, we haven’t. In fact, recording cover tunes is something we’ve not really though too much about, though we’ve been talking about it lately. We’ve talked about putting out a Greatest Hits album and have it be all covers. We have eclectic tastes within the band and think that putting those tunes on a covers album would draw attention to some bands that our listeners perhaps aren’t aware of.

What is your favorite Cure album?
That’s a good question. Head On the Door never left my turntable and was in heavy rotation in my collection, so much so that I wore the record out. That’s my number one favorite album from those guys, and that was a seminal record for me. The Cure was hugely instrumental for me growing up.

I think the Cure, though they’ve been successful, have been underappreciated, I really do. In America it’s not very popular to discuss how much of an impact the Cure has had on music over the years, certainly during the 80’s. I mean, how often do you hear people bringing up the Cure?
Email Post
Labels: interviews oleander