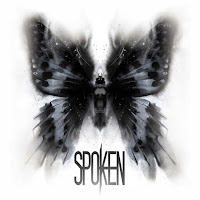 Relying on a robust penchant for groove-laden melody, Spoken’s Illusion, their seventh studio album and first in a half decade, delivers a powerful message. Yes, this is Christian rock, but Illusion finds Spoken bucking the usual conveyances of their brethren as they traverse the darker side of the good word, wading in the deep end of issues such as inner peace and the struggle within us all. At its core, Illusion is a hard rock album made for hard rock fans, one driven by sensational riffs and borderline epic hooks (“Stand Alone,” “Illusion,” “Don’t Go”) that should call to mind other acts of Spoken’s ilk (Red, Chevelle, Deftones). There’s little to complain about here Illusion is as solid from start to finish as Spoken has been thus far in their career, and it’s clear their time off since their 2007 self-titled album did them a world of good.