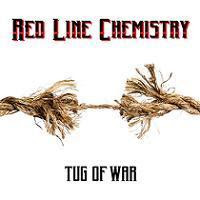 When Red Line Chemistry released their 2011 debut, Dying for a Living, it didn’t exactly make an impact or leave a lasting taste in the mouths of rock fans everywhere, but their sophomore release, Tug Of War, is an emphatic stamp on the scene. The boys show they mean business this time out with “Quiet Hurricane,” a perfect track to set the table for Tug Of War and a harbinger of things to come – booming hooks, stirring vocals and stellar guitar work. The subsequent “Black Roses,” along with the deep cut “Through the Haze,” play like the best songs Earshot and Chevelle never wrote (do NOT miss Brett Ditgen’s vocals at the end of the former), and from there on in, Tug Of War is just that, a tug of war, between massive rock tracks that provide as much melody as bounce (“The Fighter,” “Paralyzed”), and slow paced tunes that temper the pace and balance things out quite nicely (“Fall Of Man,” “Sucker Punch”). And just to prove exactly what they are aurally capable of, the band cap off Tug of War with a Pink Floyd cover – yes, you read that right, a Pink Floyd cover, of “What Do You Want From Me,” taken off Floyd’s absolutely tremendous 1994 entry The Division Bell. Red Line Chemistry’s take is picture perfect, and while covering Pink Floyd is a lot like covering the Beatles, meaning bands just don’t do it because they don’t want to look bad, when it’s this good, this spot on, it just works. This is a record you’re going to want to seek out immediately, and immediately might not be soon enough. Tug Of War is as good a rock record as we have seen thus far in 2013, and this is a record that should make Red Line Chemistry players in this little rock scene of ours.