Into It. Over It. Joins Triple Crown Records 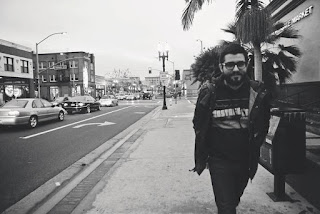 Into It. Over It., the brainchild of Chicago, IL musician Evan Weiss, has signed with Triple Crown Records and will release a new full-length in September. Weiss is currently in the studio recording with Brian Deck (Modest Mouse, Iron & Wine).

Having played in a number of bands over the years, Weiss had originally conceived Into it. Over It. as a means to break free from a musical rut. His project quickly took on a life of its own and in true DIY fashion, Weiss went on to release a steady string of 7”, splits, cassettes, and LP’s while touring the world non-stop, both as solo artist and with a full band including tours with such acts as Frank Turner, The Wonder Years, Where’s My Band Tour (w/ Matt Pryor, Dustin Kensrue, Chris Conley), Owen and KOJI.

In discussing the future of Into It. Over It., Weiss explains, "With the new year, it came time to turn a page. Not only was Triple Crown excited about what I wanted to make and how I wanted to make it, but they gave me the tools to do so. It's been a brand new process for me. Uncharted territory. They have been supportive above and beyond to help me be able to be the musician I really want to be. To craft the record I really wanted to make. I couldn't think of a better home."

https://www.facebook.com/intoitoverit
Email Post
Labels: into it. over it. news signing triple crown