Nonpoint Making a Statement Via Crowdfunding 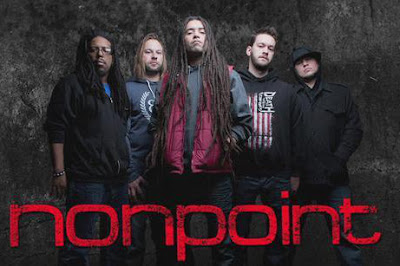 Nowadays, more and more bands are turning to crowdfunding, looking to their fans to help raise monies to record albums or go out and stay on tour. Nonpoint is the latest to join the sweeping, almost grassroots, revolution, as they are looking to fund their touring efforts. Your monies will surely be put to good use – going towards transportation, crew/roadies, gas and last, but not least, food. These guys have to eat, right?

Fans who choose to donate will be privy to a vast array of unprecedented Nonpoint items, including music that will be unavailable anywhere else, signed merchandise, and unparalleled access to the band themselves, including the opportunity to band out at a BBQ with the band and witness a private acoustic show.

The best thing about crowdfunding is that you control it. If you want to see Nonpoint tour, then by all means click the link at the bottom of this interview and donate. It’s as easy as that, and you only have to spend $10 to get something you’ll never be able to get again. I think it’s safe to say, you know what to do.

Get eXposed Music: Tell me about the decision to turn to crowd funding.
Nonpoint: A couple reasons. First, we are preparing for a second single and we are getting offers for amazing tour slots that really don't pay enough to cover our overall costs to tour. So we turned to our greatest means of support, our fans. We felt like if they wanted us out in support of this record they would come to bat for us, and they have done just that.

Why Indiegogo over the plethora of other crowd funding sites?
They were a suggestion from our label. It's was something they were familiar with so we went with their advice.

What are some of the rewards you’re offering fans for donating?
Lots of cool stuff, like limited edition skate-decks, hoodies, shirts, posters, bags, band barbecues, a private acoustic show and more.

Did you give any thought to allowing fans a chance to choose your live setlist as a perk for donating a certain amount?
No but I'm gonna steal that idea if you don't mind (laughs).

And speaking of perks, I recently spoke to As I Lay Dying’s Tim Lambesis about turning to crowd funding for his upcoming Austrian Death Machine record. For a $5,000 donation he is willing to get his ass tattooed with the donator’s initials. Did that thought ever cross your mind, and would you be willing to go to that extreme to get a large donation?
No tattoos but we're talking about adding some really inventive and interesting packages soon.

***The band announced that their exclusive Private Acoustic Show perk is now only $1,500 (as opposed to $5,000) and is open to 10 people. This is very limited, so collect up your Nonpoint buddies and jump in together for a once in a lifetime experience.

As of this writing, 10 people have donated $500 for the ‘Golden Ticket For Life’ perk. What does it mean to you to know that your fans are willing to go above and beyond simply buying a record or coming out to a live gig?
It's truly a blessing. And they will feel that every time they get out to the show because they will be treated like family. We will have their names when we wrap up the campaign so it’s going to be more than a ticket for them. Those people are now family.

Is it safe to assume that crowd funding is something Nonpoint will turn to again in the future?
If need be. Like I said, these were circumstances and opportunities we didn't want to pass up. Thank God we have such amazing fans. 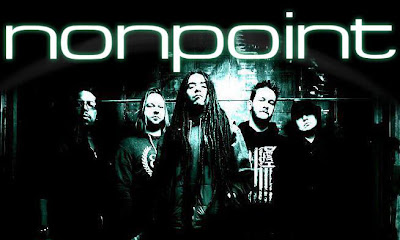 Switching gears quickly to your self-titled record, your seventh studio release and first for Razor & Tie. Talk a little bit about your experience with R&T, how has it been and is this a label you can see Nonpoint making a home for the foreseeable future?
We are a band that likes to be involved and aware of the next step and making sure it's in the right direction. R&T is hungry and they have a great team of people. We look forward to see what they do with our second single after the success of our first.

Talk a little bit about how your process, whether it be songwriting, recording, has changed throughout the years. Now that you guys are veterans, hell, a band with tenure, do you find things come easier to you, and are your processes a bit more streamlined since your first album?
It has its moments where it's easier than earlier records, but it's always an adventure. And when I say adventure I mean royal pain in the ass sometimes. More about the frustration of getting an idea perfect. It’s like a trek through a few bushes of thorns to get to that amazing beach no one knows about.

Anything else you’d like to add?
We love our families, and our fans. And thank you to both for all the love and support.

For more information and to donate and help out a cool cause for a cool band, visit http://www.indiegogo.com/projects/dude-where-s-our-bus-keep-nonpoint-on-the-road?c=home.
Email Post
Labels: crowdfunding indiegogo interviews nonpoint