Chokehold Records Signs All Faces Down 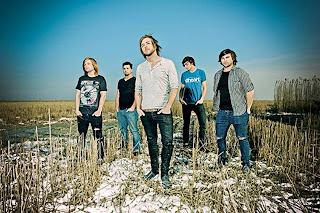 LA-based label Chokehold Records officially launched today and is proud to announce the signing of post-hardcore band All Faces Down, who hails from Vienna, Austria.

All Faces Down is for fans of post-hardcore music that’s packed with huge choruses and tasty vocals. The band’s debut LP, Face The Truth, will be released in the U.S. in late-summer 2013.

Formed in January 2010, All Faces Down released their first EP Close to the Distance at their very first show. While refining their distinctive blend of emo, hardcore, and metal through consistent touring, the group began to work on new material for their debut record. With a dedicated and fast-growing international fan base supporting them, 2013 should be a breakout year for All Faces Down.