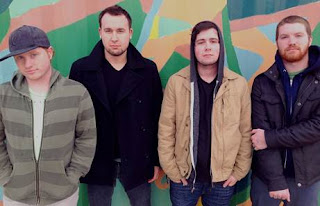 Sleep City has signed to Tragic Hero Records/ILG. The Rhode Island based band will release their debut full length album, Distance & Age, this May. The self produced album was engineered by John Dello Iacono of Maximum Sound Studio and mixed / mastered by Ryan Furlott of Rain City Audio.

"We are extremely excited to have been given the opportunity to join the Tragic Hero Records family. We feel like the band has matured and grown a lot musically and Distance & Age reflects those changes. We feel that D&A is by far our best work yet and we're pumped to finally share it with everyone," adds Matty “Bags” Baglini of Sleep City.