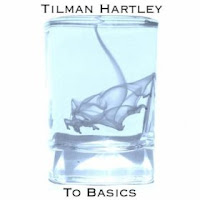 There’s something charming about Tilman Hartley’s debut album. It feels thrown together, messy, and unfinished even. But it’s precisely this lack of discipline that makes To Basics unlike any album we’ve heard yet this year.

It takes the usual elements of indie – guitars, melodies, instrumentation, arrangements – and structures songs in a familiar way, but there’s a feel of self-production to this that makes it stand out. It’s a distinctive approach, and one that might wear over a long period, but as a standalone release it makes the album one worth hearing.

There no doubt that opinion will be divided by Tilman Hartley. Some will see the appeal in the rawness on show, while others will point to it as a weakness. But the lyrical content alone is enough to tell us that, if smartened up a bit, the next album could be something really unique.