Deftones: An Armory Almost Brought Down 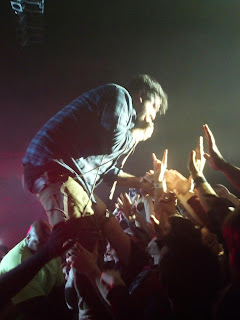 14 years ago I experienced the Deftones live for the first time. The show was at Runways in Cheektowaga, NY and it was the tour to support White Pony. This was one of the most memorable concert experiences of my life. Deftones killed it in every way imaginable. I wish I could tell you the same goes for tonight’s performance at the Main Street Armory in Rochester, NY. I wish I could tell you I experienced every bit of joy and satisfaction with every song, every note, every line pelted by Chino. Truth is, after seeing them time and time again, I have begun to notice one thing, and it’s not the same as 14 years ago. It’s like a fine wine - the Deftones get better with age.

Tonight’s set at the Main Street Armory was no exception. Opening with “Be Quiet and Drive,” they made sure that everyone’s attention had been gotten. From that into “Lotion” and onto “My Own Summer,” the old school crowd (such as me) was drawn right into the Deftones headlining set. 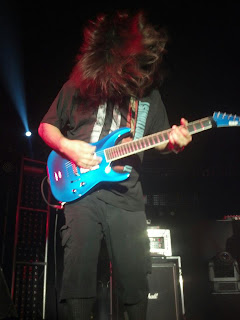 As the set rolled on, they got into some songs off of Diamond Eyes starting off with the title track of the same name. Stephen Carpenter’s deep, down tuned guitar ripped through the sound system and deafened everyone in the venue. Pleased and wanting more, the Deftones gave us all what we wanted, a nice new shiny pair of “Rocket Skates.” Ok, ok, not literally, we didn’t have a good old fashioned roller derby.

Instead we go to hear one of the “sexiest,” as my friend put it, songs they have ever written, “You’ve Seen the Butcher.”

By now I am sure you’re wondering when they got to the newer tunes considering this current tour is to support their latest release, Koi No Yokan. It wasn’t till a good 35-40 minutes into their set that they played the new stuff. Starting with “Tempest,” then trucking on through to “Poltergeist” and “Swerve City,” two of the heavier songs off the newest album.

In typical Deftones fashion, they closed the set with a block of songs off of Adrenaline, of course ending with “7 Words.” Never missing a beat, or note for that matter, the band kept my, and everyone in the Armory’s, attention for well over an hour. 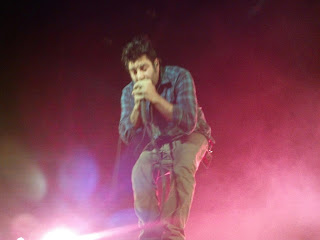 As I said earlier, I wish I could tell you they give me the same feeling today as they did 14 years ago. I would be a liar if I said that though. This band has done nothing but fine tune their skills as musicians not only in the studio, but live as well. This live show is one of the most energetic, diverse and loud, for lack of a better term, shows out there. So from one music and concert fan to another, be sure to get out there and check out the Deftones on their North American tour in support of Koi No Yokan.