Soon To Be Gone, But Not Forgotten: It's Last Call With Every Avenue's Matt Black 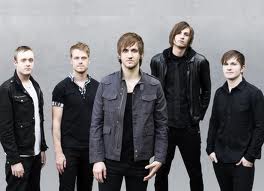 It may be closing time for pop-punk stalwarts Every Avenue, but theirs is a memory that won't soon be forgotten. And hell, the band might not be gone forever, as frontman Dave Strauchman says "as we have always said, this is see you later. We’re not into goodbyes. We are not breaking up and are not on bad terms." So, hey, don't weep, just wait.

EA released three albums during their tenure, including the immaculate infectiousness that was their 2008 debut Shh...Just Go With It, as well their latest, and last full length, 2011's Bad Habits, an album that serves as a fitting swan song for this Marysville, Michigan outfit.


As we all collectively prepare to say goodbye to a band who knew so well in Every Avenue, bassist Matt Black took the time to talk to Get eXposed about their last call, Bad Habits.

Get eXposed Music: First off, with the album titled Bad Habits, what are some of yours personally, and the bands, bad habits?
Matt Black: For the band, I guess we sometimes tend to over-indulge, and as for myself, I’m a potty mouthed nail biter.

GE: Tell me about the recording process of Bad Habits. How did that go for you guys?
Black: We recorded the bulk of the record in Seattle with Aaron Sprinkle. We had a great time; it was very much a laid back process. 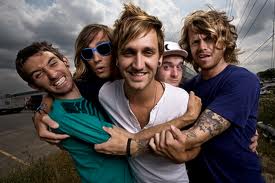 GE: How did the process this time around differ from that of your previous albums?
Black: We had more time to work on the songs as a full band in the studio this time around. We also recorded drums last, which was new to us!

GE: They say ‘the third time’s a charm,’ do you think that’s true when applied to Every Avenue? Were you able to perhaps learn from past mistakes in order to make the entire process smoother this time around?
Black: I think we definitely learned a lot from past recording experiences, but I still felt like a rookie when we started. Every producer has a different way of going about things, so there's always more to learn.

GE: Tell me about the difference producer Aaron Sprinkle made. What did he bring to the table on Bad Habits? Did it help that he has worked with such a diverse set of artists in the past?
Black: Aaron is a great guy, and really funny. There was always a light-hearted atmosphere in the studio. He gave us a lot of freedom to do what we wanted with the songs, and I think he got a great vocal performance out of Dave [Strauchman]. He's made some of our favorite records, so we knew we were in good hands!

GE: Let’s talk about the songwriting. While it’s still playful at times, overall it seems a bit more cynical, even a tad vengeful, in nature. Did something change along the way in your life to cause this, or do you simply chalk it up to getting ‘older and wiser?’
Black: We have three guys in the band who write lyrics, so I think the mood of each individual song reflects what one of the guys were going through at the time. I don't think we sat down and decided to write in any sort of direction, it was just what came naturally. 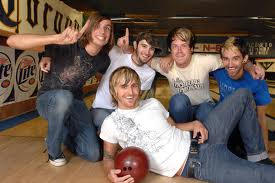 GE: Do you see Bad Habits as a natural progression for the band in terms of sound? It’s a pretty far cry from how you guys sounded on Shh…Just Go With It. Picture Perfect was the logical progression from your debut in many ways, and Bad Habits sounds like the next step up from your sophomore release.
Black: We feel like it's natural. We've never went out of our way to change our sound, we just try to write the best songs we can.

GE: Any chance you have a favorite song off of Bad Habits? Yes, I’m aware of just how painfully cliché that question is, but still.
Black: I think “Watch the World,” but that could change.