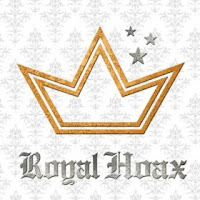 This was a typical reaction to the pre-Christmas news that a band named Royal Hoax had released a free download. With accusations of opportunism following the actions of a pair of Aussie DJs, most blogs and publications refused to post the news of the superbly catchy track “Shiver Shake,” and the accompanying video.

Many thought the name was a poor taste attempt to grab attention on the back of a tragedy, but if you don’t, you should know that band actually named themselves Royal Hoax all the way back in 2010.

Now, with 2013 underway, the band are keen to pick up the where they left off and let music fans in the UK know about their unique brand of upbeat, alternative pop. With a self-titled album coming soon, there’s plenty to look forward to. Though the release date is still unconfirmed (estimated March 4th), Royal Hoax are excited to reach a new audience in the UK and will soon be found on radio waves near you – take a look at the video, and you’ll see why.