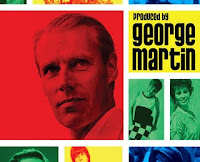 As would be expected with a DVD release dedicated to the life and times of famed legendary producer George Martin, a good portion of the proceedings consist of his work with the Beatles. Produced by George Martin, filmed, directed and produced by Francis Hanly, touches on Martin’s life before he met up with the Beatles and actually explains how he first got involved with the Fab Four. After growing up in a war-torn England and working his way up the ranks with EMI’s Parlophone Records, he found himself producing comedy records with Spike Milligan and Peter Sellers. It were those chance recording that turned him onto the Beatles when they were first signed to the label. Included are somewhat recent interviews with Sir Paul McCartney and Ringo Starr, as well as other Martin produced acts such as Jeff Beck and America, but it’s the Beatles stories that are bread and butter here. The story of a rather candid Martin talking about his disappointment of George Harrison and John Lennon handing over tapes for what became The Beatles’ Let It Be album to Phil Spector is engaging, but there’s a lot to the Martin saga left out here. Still, the omitted material (Martin’s previous marriage, his other three children) doesn’t really put a dent in the impressive story of George Martin to be honest. There’s also 52 minutes of bonus interviews to go along with the already 86 minutes, so there’s a lot to digest here. Beatles fans, George Martin fans of the world unite and rejoice.