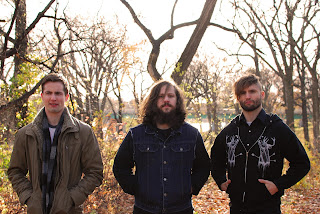 The band issued the following statement: “The only logical way to follow up on the success of our previous album Venerable, was to put our noses to the grindstone and top that record in every way possible. With Entrench, we are convinced we have accomplished this. Entrench is our most collaborative effort, and the most creative and sonically diverse album of our entire career. Entrench sees us expand in both our handling of dynamics and general song and album craftsmanship; utilizing piano, keyboards, and strings to build on the classic power trio format. For this album, we have also enlisted guest vocal contributions from Dave Verellen (Narrows, ex-Botch) and former Deadguy/Kiss It Goodbye vocalist Tim Singer. Both of them add another layer of icing to the metallic-hardcore-noise-rock-whatever-core cake we've baked.”