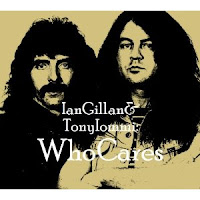 What do you get when you put the late Jon Lord, Jason Newstead (Metallica), Nicko McBrain (Iron Maiden), Mikko Lindström (H.I.M.), Ian Gillan (Deep Purple) and Tony Iommi (Black Sabbath) in  room together? The answer is WhoCares, a collaborative effort between Iommi  and Gillan created originally for a good cause – to rebuild a music school in Gyumri, Armenia after the city was destroyed in an earthquake in 1988. After releasing a one-off single, the duo released this self-titled album, and while it’s not a studio album of tunes from this supergroup, there’s more than enough here to quench your thirst. There are two WhoCares originals (“Out Of My Mind,” “Holy Water”), but to be honest the b-sides, rarities and previously unreleased content steals the show here. The acoustic radio version of Deep Purple’s “When a Blind Man Cries” is tremendous, as is Gillan’s collaboration with Dr. John on “Can’t Believe You Wanna Leave Me,” but it’s the previously unreleased Deep Purple track “Dick Pimple” that takes the cake on this sets second disc, just as “Smoke on the Water,” as sung by both Deep Purple and Ronnie James Dio does on the first. As we sit and hope and wish for a WhoCares full length sometime in the future, WhoCares will have to hold us over for now.