Anciients Signs to Season of Mist 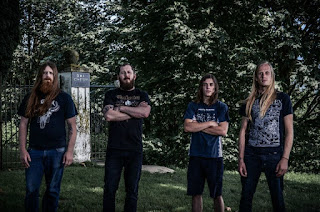 Regarding the signing, the band released the following statement: "We are honored to have Season of Mist release our debut, the fact that they chose us and believe in us means the world. We are proud to represent them and have them representing us as artists, and look forward to working with them for years to come."

Formed in 2010, Anciients have quickly taken the Vancouver scene by storm. 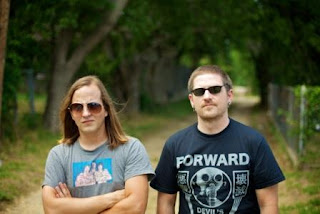 Fort Worth based duo, Pinkish Black, announces their signing to Century Media Records. Pinkish Black is the duo Jon Teague on drums and vocalist/synthesizer, Daron Beck. They are the continuation of the Great Tyrant, a three piece that released one LP posthumously following the passing of their bass player, Tommy Atkins. When Atkins died, the only changes were the name and how to achieve this as a two piece, the latter being no small feat.

Pinkish Black's last, self-titled album, released on Handmade Birds, featured seven tracks of dark, intense and at times, haunting songs. As one of the heaviest bands of late to feature no stringed instruments, Pinkish Black uses aura and emotions to attain what other bands (and a lot of Orange Amps and down-tuned guitars) fail to do.

"We're excited at the possibilities that working with Century Media presents to us, and that lots of touring and recording will follow." - Jon Teague and Daron Beck 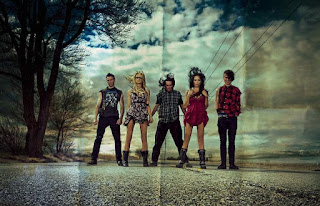 Century Media Records is proud to announce the signing of the Butcher Babies to their worldwide family of artists. Hailing from Los Angeles, the Butcher Babies have emerged as one of the biggest draws on the Sunset Strip, their incendiary blend of heavy metal and horror-inspired theatrics inciting crowds worldwide.

Fronted by Carla Harvey and Heidi Shepherd - named two of the year's 'Hottest Women In Rock' by Revolver Magazine - the blood-splattered band are currently at work on their full-length debut, which is slated for worldwide release in summer 2013 via Century Media Records.

"Century Media has been a huge supporter of BUTCHER BABIES for a long time, and it feels natural to join their tight knit family," said the band of their signing. "It's an honor for us to be on a roster amongst many other bands that have inspired us for so long. We couldn't be more excited about the future of this union."