Teen Daze is sharing every track from The Inner Mansions. You've heard his first single, "New Life," and his surprising collaboration with Frankie Rose, "Union." Find the haunting "Garden 2" above as well as the next track "Spirit." Not only is he sharing originals, but Jamison brings an ode to synths to SSENSE with a blissful mix featuring Actress, Fort Romeau, and Kuhrye-oo. 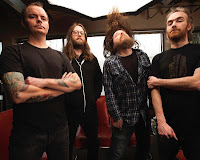 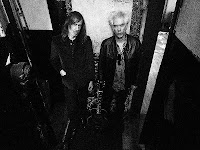 Acclaimed lutist Jozef Van Wissem & American Auteur Jim Jarmusch have already announced their 2nd LP for this year, The Mystery of Heaven. "Etimasia" the 1st single from the album, features Van Wissem's incredible & fragile lute playing, while Jarmusch provides dissonance with his guitar. Together the two paint a beautiful sonic landscape, all while pondering mortality.

After recently sharing "Appalachia," the 2nd single from her forthcoming 3rd album, Unknown Rooms, Chelsea Wolfe is back with new single "Flatlands." The heartbreaking folk ballad accompanies her recent Pitchfork Update feature, in which Chelsea discusses her upcoming album and stepping out into the spotlight as an artist.