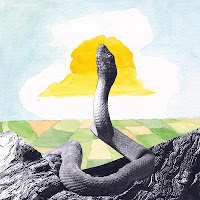 For their seventh album, Bend Beyond, Woods got dark. It's not that they weren't dark before-when you really get in there and listen, Jeremy Earl is singing about some heavy stuff, but it's hidden under his gorgeous falsetto and sometimes obtuse lyrics. On Bend Beyond, though, Earl and company fully embrace that darkness.

The Inner Mansions is the second full length record from Teen Daze, and also his second of 2012. The album is a collection of songs that were written between the months of May and June 2012, and they are his most introspective and moving to date. The Inner Mansions focuses inward, both thematically and sonically. This is an album of spiritual and musical journey, and features some of Teen Daze's most captivating songs. 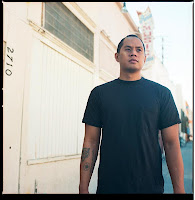 If you recognize Vex Ruffin's minimalist stomp jam "Take It," from anywhere it's most likely from the HBO show Girls, where the song was used in the opening sequence of the show in an episode from Season One. The song will also appear on Vex's next proper LP, due out in early 2013 also via Stones Throw.

Lionel Williams (aka Vinyl Williams) is a Los Angeles based artist and musician. His collage art  and psych-pop music fuses vast landscapes, multi-religious symbolism, and the supernatural into a paradoxical whirlpool of "mysticism and sonic matrices". Created and performed solely by songwriter, vocalist, multi-instrumentalist and producer Williams, the debut album Lemniscate unites these themes into a space cruisin' journey through the tropics of the mind.

MP3: "Take This Up" - http://soundcloud.com/starslingeruk/star-slinger-take-this-up-jet-jam

After tearing up the US festival circuit this summer, and announcing a few new dates as well, Star Slinger has dropped new single "Take This Up" at his Soundcloud.