Bay-Area punk band Ceremony are proud to be sharing brand new single "Everything Burns." It's an all-killer-no-filler jam off of an upcoming limited edition, tour-only split 7" with Titus Andronicus, available when on tour now. 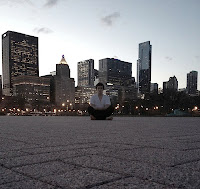 Mister Lies releases his new "Dionysian" 7" today on Lefse Records as part of the label's single series. You can check out the B-side track, "Waveny", now! 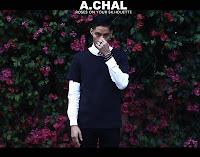 MP3: "Roses On Your Silhouette" - http://soundcloud.com/achal/roses-on-your-silhouette-2

LA via NYC producer/vocalist A.Chal has announced his new EP, entitled Ballroom Riots, released November 6th. To celebrate the announcement of the new project, he has shared new single "Roses On Your Silhouette." Check out the track above. 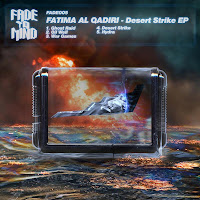 Fatima Al Qadiri is a Brooklyn-based composer and artist, born in Senegal and raised in Kuwait. Al Qadiri uses a surreal life experience to act as melodic narrator in her latest body of work Desert Strike, which also serves as her Fade to Mind debut. 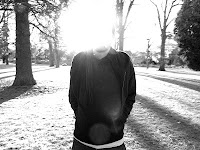 Matthew Cooper started making music under the name Eluvium in 2003, and since then we have never known what to expect from each release: minimal ambience, solo piano, modern classical, static noise, stately and sonorous pop.