MP3: "Pull Me Down" - http://soundcloud.com/mikkyekko/pull-me-down

John Stephen Sudduth, aka Mikky Ekko, was born in Shreveport, Louisiana, son of a tar plant manager. Around age 7 his father became a preacher and relocated the family to Mississippi, moving frequently from small town to small town. Surrounded by southern gospel, poverty and the resilient past of the deep south, the roots of his own music began taking shape.

Enter Chrome Canyon. If we can indeed recover yesterday's fantasy of what tomorrow would (should) be, then Chrome Canyon is the temporal technician for the job. The solo project of New York artist Morgan Z, Chrome Canyon creates analog synth-powered epics that move between eras past and ages imagined to create the perfect score for an alternate now. 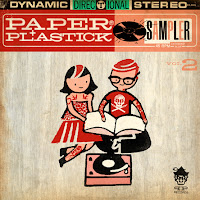 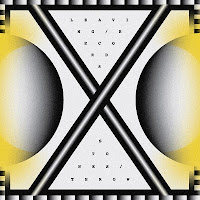 Dual Form is a 53-minute dive into the musical other, a place where freedom of form meets depth of vision, where the old world rhythms meet new world means, and where your labels - wonky, lo-fi, ambient, body music, nerd shit, beat scene, No Wave, pysch, pop - begin to fall apart. Leaving Records is one of Los Angeles' best, a hand-curated cassette label whose international reach belies its boutique status and DIY style. 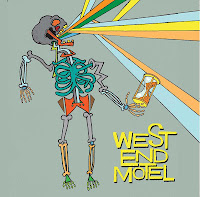 MP3: "Only Time Can Tell" - http://soundcloud.com/westendmotel

Mastodon guitarist Brent Hinds is receiving praise for his side project West End Motel's newest release Only Time Can Tell, out now on Warner Bros/ADA.