FatCat Records is pleased to announce No One Can Ever Know - The Remixes, out November 20, featuring takes on cuts from The Twilight Sad's acclaimed recent album No One Can Ever Know by established acts such as Liars, Tom Furse of The Horrors and Com Truise, as well as reworkings by up and coming artists such as Warsnare and Ambassadeurs. 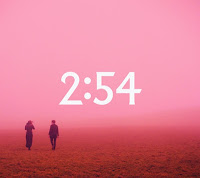 2:54, sisters Hannah and Colette Thurlow, have debuted a special cover version of Seal and Adamski's Nineties classic, "Killer." Currently main support to the XX on their European comeback tour, they just premiered the surprise track online. 2:54 have become one of 2012's most notable breakthrough bands, releasing their debut on Fat Possum in late May album to fevered critical acclaim, and touring the world with the likes of champions like Wild Beasts, The XX, Yuck and The Big Pink. 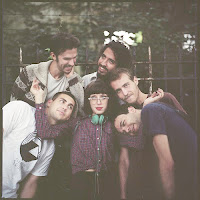 MP3: "Girl In The Fog" - http://soundcloud.com/forcefieldpr/levek-girl-in-the-fog

While 2010's The Soft Moon LP was recorded entirely in solitude in an utter absence of expectation, these ten songs were written and recorded between days on the road. Out there The Soft Moon sound had expanded into a full-band attack accompanied by immersive video visuals.