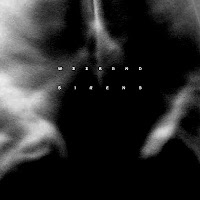 Weekend's post-punk stylings take the spirit of noise punk rock and drop it into a smoky cloud of reverb and feedback that still allows rays of golden melody to shine through. This, their first show since switching coasts, celebrates the arrival of an intriguing new member in the homegrown NYC post-punk landscape; one that connects with what has been done in the past, but boldly presses on into the unknown future of newly created musical spectra. 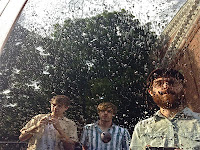 MP3: "Give Your Light Off" - https://soundcloud.com/woodsist/woods-give-your-light-off/

Woods shares the B-side of the recently released 7" single for "Cali In a Cup," "Give Your Light Off" which you can give a listen to here. Also, two weeks ago, the band premiered the first video from the album , the Adarsha Benjamin-directed "Cali In a Cup," filmed on Super 8 at and around this year's Woodsist Festival in Big Sur, CA.

One quality that makes People Get Ready distinct IS their unique ability to re-define what a band is -- to blur boundaries and forge continuing creative bonds with the formidable list of artists whose paths they've crossed: Robert Wilson (co-creator of Philip Glass's Einstein on the Beach), Julie Mehretu (the painter who created the cover art) and Greg Saunier (Deerhoof) just to name a few. 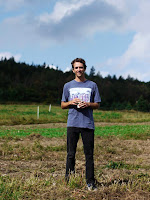 Chris Cohen is proud to share his excellent debut solo album with you. Overgrown Path is released via Captured Tracks. Chris Cohen is a 37-year-old native of Los Angeles currently residing in the farmlands of Vermont. He is the child of a former music business executive and a former Broadway actress. 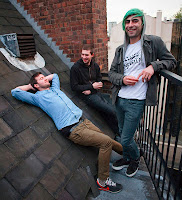 "Sore Tummy" (guest vocals by Alice Costelloe of Big Deal) is taken from PAWS debut album Cokefloat and is backed by a brand new track "Salem." Check out both tracks over at Soundcloud.