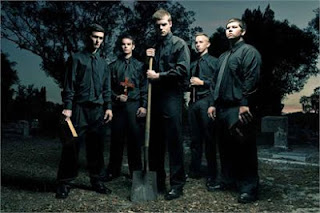 Dark Sermon was formed in 2009 and has been making their mark on the Florida scene in spades. The band uses their fast, thrashy riffs, bone-crushing blast beats, and throaty vocals to bring something fresh and new to the table.

Frontman Johnny Crowder comments: "We are humbled and extremely excited to be working with such heavy-hitters as eOne and Good Fight. We couldn't have asked for a more welcoming reception to our new label home. As far as the new record goes, there is a great deal of diversity throughout; think dark, think fast, think heavy. With great minds such as Scott Givens and Carl Severson behind us, it is safe to say that 2013 will be a big year for us."