Ocean Roar is perhaps more experimental than the average album. Calling these things "songs" only loosely applies. These are closer to studies in sound, attempts to alter the way the brain experiences its surroundings after being subjected to endless chords, repeating note flurries, stretched drones. It's "psychedelic" in same way as seasickness or vertigo. Warmth and distortion, burning driftwood, 9 months of rain. 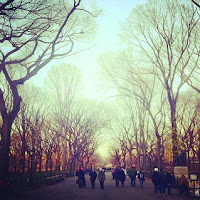 Martin Eden (of Eluvium) has released a 7" as part of Lefse's single series. You can now enjoy the new B-side track, "Mothernails (for daren .1)" here. The series will continue with singles from Mister Lies, Field Mouse, and Big Search (Matt Popieluch of Fool's Gold/Foreign Born).

Les Sins, the side project of Toro Y Moi, has released a 7" on Dan Snaith of Caribou's label, Jiaolong, this month. The 7" features the songs "Fetch" and "Taken," which you can now stream here. 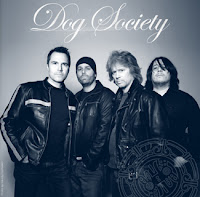 Dog Society’s first single off of their new album is titled “The Fuse Before” and is an undulating introduction to the band’s fresh and infectious sound. “The Fuse Before” is currently available to post as a free mp3 download below. Emerge is the anticipated follow up to Dog Society’s heralded major label debut release Test Your Own Eyes via EastWest/Atlantic Records (1993). 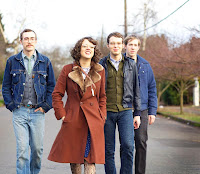 Sallie Ford and the Sound

Since 2008, Sallie Ford and The Sound Outside has been intertwining elements of swinging roots rock, country, jazz, and blues with a contemporary lyrical stance and Ford's instantly recognizable voice. The Portland quartet has steadily ascended through the ranks, earning a growing following throughout the Pacific Northwest.