Matt Gangi and Eric Chramosta drag in a thousand genre sources that can shift without notice within the same song, then they rain it down with ambient/ musique concrète effects atop decidedly psychedelic broadcasts and an otherwise ethereal big-beat pop, appropriating themselves and other transmissions with samplers. 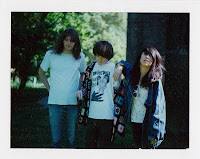 London's Parakeet have announced their debut EP alongside a handful of new support shows with The Walkmen and DIIV. The self-released 6 track Shonen Hearts EP is available to buy now from their Bandcamp and is set for physical release on limited-edition gold cassette on November 19.

King Dude is back to share his brand new album Burning Daylight in full. The record, out on Dais, is an unsettling yet beautiful affair that has received advance praise, being named Vice's Best Album of the Month. Burning Daylight is available now from Dais Records. 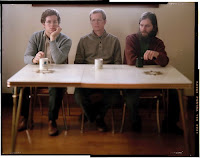 MP3: "A Man Of The Arts" - http://soundcloud.com/forcefieldpr/a-man-of-the-arts

The Daredevil Christopher Wright releases a new split 7" with Cuddle Magic in anticipation for their tour together. Listen to their song, "A Man Of The Arts" right now above. 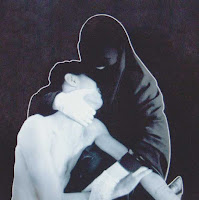