Razor and Tie Signs the Seeking 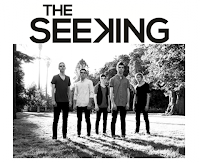 Razor and Tie is pleased to announce the addition of Sacramento California’s The Seeking to its label roster. The melodic Christian metal band has signed a worldwide multi album deal and will release their debut studio album Yours Forever on November 6th.

The Seeking guitarist/vocalist man Dylan Housewright comments, “We feel so blessed to be a part of the Razor and Tie family. We're very excited to work with them and release our first full length record that we've worked extremely hard on. Be on the lookout for more music from The Seeking coming your way in the future!"

Razor and Tie A&R rep Dylan Chenfeld adds, “Rarely do you hear a band this young who writes songs this well. From the first moment we heard The Seeking we knew there was something special about this band and had to sign them. We're very excited to welcome them to the R and T family."

The Seeking formed in 2010 while still in high school. The group immediately began to stir up buzz locally due to their patented personal style, confidently walking between metal, pop, and hard rock. After a year of writing and performing, they hit the studio with producer Colby Wedgeworth (Ten After Two, The Maine, This Century, Austin Gibbs) to record what would eventually become their debut album Yours Forever. The album fuses together precise metal intensity with impenetrable melodic sensibility, yielding a sound that's utterly undeniable and often uplifting. The Seeking also continually deliver on stage. They've floored crowds at festivals such as Warped Tour and Rock & Roots, and they'll be rarely leaving the road once they embark on their first U.S. jaunt in the fall of 2012.

The Seeking is the latest addition to independent label Razor and Tie’s expanding Rock roster that includes such artists as All That Remains, The Sword, For Today, P.O.D., Such Gold, Nonpoint, Chelsea Grin, Shadows Fall, Norma Jean, Attila, Saves The Day, Hit the Lights, and many more.
Email Post
Labels: razor and tie signing the seeking