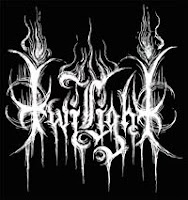 Century Media Records is proud to announce the signing of the black metal outfit Twilight. Composed of some of the most talented members of the underground metal community, Twilight previously released two full-length albums (2005's Twilight and 2010's Monument to Time End) and is ready to begin work on a third album this August - this time, with Thurston Moore (Sonic Youth) added to the band's ranks.

In regards to joining Twilight, Thurston Moore comments, "We're not coming together to make music, we're joining forces to destroy all rational thought."

Twilight's upcoming album will be produced by the band's own Sanford Parker (Nachtmystium, Minsk) and will see a 2013 release worldwide via Century Media Records.